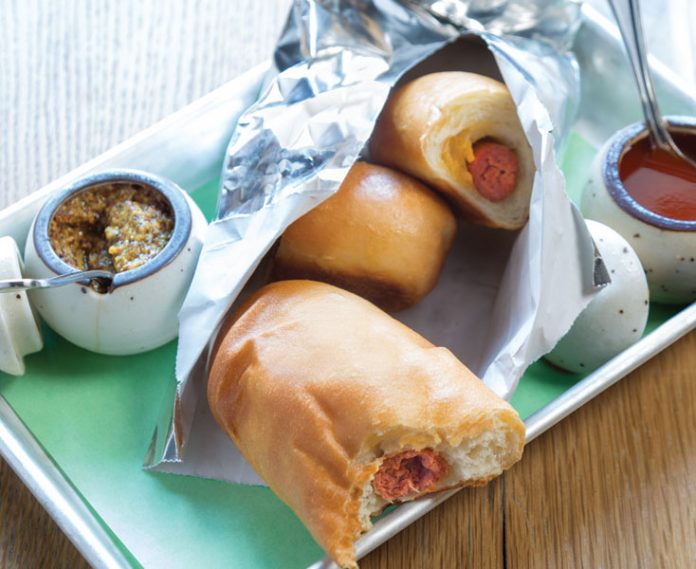 I met my first bag of Fritos when I was twenty-five. A European friend brought them back as a souvenir from New York. The golden treat from a strange land exploded between my teeth. “Food of the gods,” I remember thinking. Like most French people at the time, I never ate between meals. The concept of a snack, let alone salty and super-crunchy chips in a garish pouch, was as foreign as an alien ritual in a science-fiction novel. I didn’t exactly move to the United States because of that first taste, but I have come to embrace snacking wholeheartedly.

In recent years, snacks have been elevated from midday nosh to first-bite nibbles in Atlanta restaurants of all tiers, largely in conjunction with the local (and national) cocktail culture resurgence. Casual establishments are adopting American classics and adding their own spins, and the concept of snacks has even spilled onto the menus of our most accomplished chefs. International snacks are on the upswing too. I’ll never give up my predilection for Fritos, but these whimsical nibbles keep me happily absorbed.