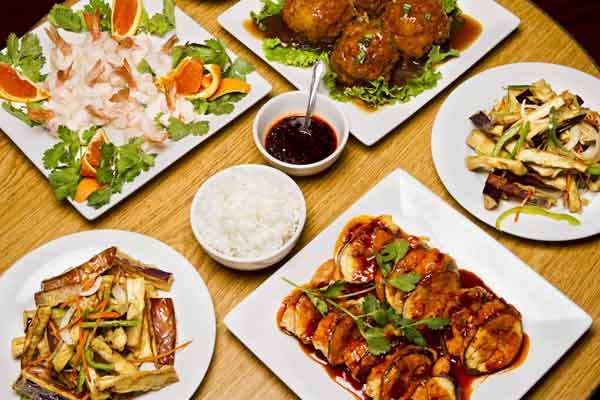 For ages the most famous restaurant in Johns Creek, the golf-obsessed town in north Fulton County where office parks and subdivisions define the landscape, was Sia’s. The eclectic bistro mirrored the fusion cuisine fashionable in 1990s Buckhead. Sia’s closed quietly last year, and its space turned into a Persian buffet, one example of how the population—and the dining scene—has become increasingly international.

Like Duluth and Suwanee nearby, Johns Creek is home to a fast-growing Asian population—23.4 percent of the town’s residents, according to the 2010 U.S. Census. Gwinnett County is already known as an epicenter of Korean culture. Johns Creek, though, is more quietly evolving into a destination for authentic regional Chinese cooking. Two restaurants particularly exemplify this trend: Cafe Q (my current Chinese restaurant obsession) and Sichuan House.

The first harbinger of the demographic changes, the opening of Sichuan House five years ago on State Bridge Road, took me completely by surprise. Compared to other local champions of Sichuan cuisine, Little Szechuan on Buford Highway and Tasty China in Marietta, the new place was positively palatial. The clientele was largely Chinese, and the dishes—fried duck with camphor leaves, hot boiled beef with numbing Sichuan pepper, basa (an Asian variety of catfish) with tofu in chili oil sauce—had extraordinary integrity. I recently returned to Sichuan House to taste a dish popular throughout the Sichuan province—a mountain of dried chili pods mixed with small nuggets of crisp fried chicken. One extracts the chicken and leaves the peppers behind, as if playing a game of pickup sticks. I was enchanted with the slow burn. Other tastes, especially the homemade pickled vegetables and the tender sliced beef with bell peppers seasoned with black vinegar, haven’t lost any of their punch.

The newer and more modern Cafe Q on Medlock Bridge Road has an intimate, almost boutique feel. The kitchen hides behind a near-opaque glass wall, where chefs appear as shadows behind oven burners. The specialties, both from Sichuan and Shandong, come in astonishingly large and glorious portions. Owner Kate Cao, a former accountant, and her chef husband, Sean, are from Beijing. They moved to Johns Creek, Kate said, because it was “new, safe, and clean and had a good diversified population.” In May 2010 they took over an existing restaurant. They decided to keep the name because Cafe Q was “unique and different from the old­fashioned Chinese restaurants.”

Atlantans may be familiar with Sichuan’s assertive flavors, beautifully represented at Cafe Q in dishes such as silky tofu with hot beef, boiled spicy fish fillets, and a bone-in version of the famous crisp fried chicken buried in chili pods. However, most haven’t had as many opportunities to taste the cooking from Shandong, one of the oldest cuisines in China. Often characterized as fresh and nongreasy, with an emphasis on crispness and tenderness, Shandong dishes were adopted by the imperial Chinese court and are especially popular in Beijing, just north of this coastal province.

Many of the Shandong specialties at Cafe Q entrance me, but the Steamed Four Giant Meat Balls, fluffy orbs of pork meat caressed with a rich sauce on ribbons of crunchy greens, are perhaps the most spectacular. I have also never tasted the likes of their yam with pounded cashews in a clingy sauce made of soybeans, or their massive smoked and roasted pork knuckle sliced off the bone. On the menu, classic preparations of braised pork intestine, steamed flounder fillet, and an especially wonderful salt-and-pepper eggplant mingle with dishes Kate describes as “new creations based on the traditional way of cooking,” including soft-braised beef tendon with dried dates and chestnuts and beautifully arranged eggplant with a paste of pork and shrimp.

The complimentary crunchy boiled peanuts offered at the beginning of the meal, as well as the stir-fried green beans, will appeal more to a Southern sensibility than scarier-sounding exotics such as the black-and-white tree ear fungus (delicious, papery tree-growing mushrooms). Friendly, articulate Kate Cao’s presence in the dining room smooths over newbie anxieties, though. The clientele is overwhelmingly Asian, but a wide audience can relate to the restaurant’s cozy style.

Just as Duluth now rivals Los Angeles in its breadth of Korean cuisine, I’m hoping Johns Creek will evolve into an area similar to the San Gabriel Valley in Southern California—a place where gourmets hunt for obscure dumplings, the best dim sum, and the most skillful Chinese chefs. Meanwhile, no matter where you live in the metro area, start throwing your support behind these two pioneering standouts.