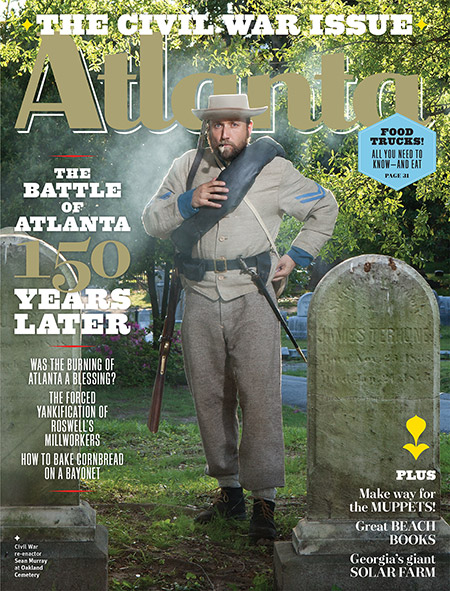 We were formed in 1894 to recognize many of the soldiers whose bodies were dumped in trenches. The primary thrust of our organization has always been memorial. We’ve got chapters everywhere—there’s even been one in Paris.

As I started looking into my ancestors’ backgrounds, you realize not everybody was a plantation owner. Most of mine were family farmers; we weren’t slave-owning people. When people judge about slavery, I’m the first to say it should never have happened. But let’s keep in mind slaves were brought here by New England businessmen and their ships. It was business for everybody, all across the country.

One of our objectives is to make sure that a true history of that era is provided. We all know whoever wins the war gets to write the history, especially when we were so devastated we had to publish newspapers on the back of wallpaper. That’s the way it goes, the spoils of war. But when war is fought on your home turf, it’s always going to affect people, and it’s going to affect them for generations.

In Atlanta we’ve got an extremely high number of people that don’t have ties to the Civil War era. They don’t have a horse in this race, so naturally they can’t understand why we want to talk about it. I’m not saying you don’t need to move on, but you don’t forget.

At the end of my monthly president’s newsletter, I wrote: “Remember, as long as their names are spoken and written, they are not forgotten.” And that’s very important to me.

This article originally appeared in our July 2014 issue under the headline, “Our Descendants.”