In the years after the Civil War, black Georgians had a champion and protector in Tunis Campbell. He registered voters, formed a militia to defend citizens from the Ku Klux Klan, and started an association of black landowners. Starting January 18, the Atlanta History Center will honor Campbell, one of the first black men elected to the General Assembly, and more of the state’s pre–World War I civil rights advocates as part of the New-York Historical Society’s Black Citizenship in the Age of Jim Crow. With local pieces from the AHC, Clark Atlanta University Art Museum, and Atlanta University Center’s Woodruff Library, the exhibition aims to inspire people to continue to fight for their rights. “The past speaks to the present,” says Calinda Lee, AHC vice president of historical interpretation and community partnerships. “When you understand the history of racialized violence, you can understand why people are still worried and vulnerable today.” 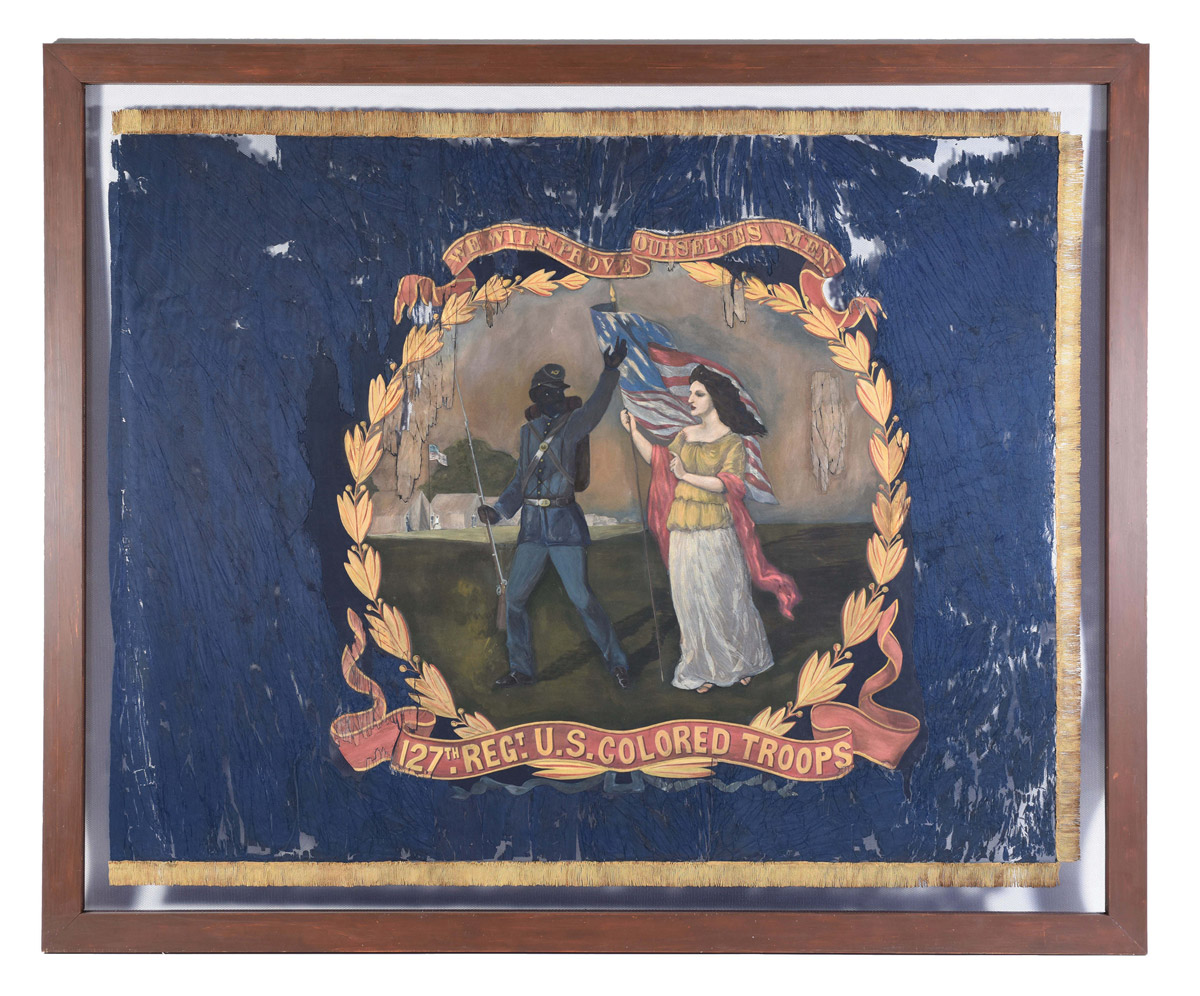 1. In June, the AHC purchased this rare, silk regimental flag of the 127th U.S. Colored Troops for $196,800—the most the center has ever spent on an artifact. The 127th fought for the Union during the siege of Petersburg, Virginia, and was present when Confederate troops surrendered at Appomattox.

2. Lugenia Burns Hope—wife of John Hope, the first black president of Atlanta University—founded the Neighborhood Union, the first social work organization in Atlanta focused on supporting black communities through healthcare, education, and housing. In this photo from the Union’s archives, Hope is seated on the first row, second from the right.

3. In Atlanta, four historically black colleges opened within 16 years of the Civil War’s end. This circa 1886 photo shows students in an Atlanta University carpentry class.

4. In 1899, journalist and activist Ida B. Wells-Barnett published this book detailing the lynchings happening in Georgia. Wells-Barnett also spearheaded the Anti-Lynching Crusade, which would last four decades as Congress refused to pass legislation to stop the crimes.

5. Interracial coalitions of women were key players in the anti-lynching movement. This article, clipped from the Atlanta Constitution in 1931, shows women from a variety of organizations meeting with members of the black-led Neighborhood Union.