Home Uncategorized How it feels to shoot an intruder 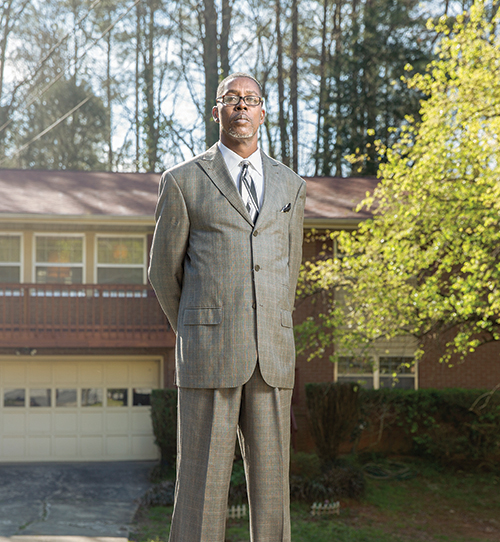 A gunshot rang out the morning of December 31 last year, and it’s been echoing in Eugene Thomas’s mind ever since. Thomas and his fiancee, Gayle Ikeman, live on a cul-de-sac in a sleepy neighborhood. Police and firefighters have honored the couple for their volunteer work with neighborhood youth, including the back-to-school barbecues they’ve organized and paid for themselves. The local kids call them “uncle” and “auntie.” So Thomas knew the young man smashing through his back door with a shovel that morning could not be from the neighborhood. Alone at the time, the former soldier and personal security officer retrieved his 9mm handgun and fired once at the stranger, whom police later identified as Natavius Willingham, twenty-one. In the wake of the shooting, Thomas became the type of steadfast homeowner cheered by gun advocates. But for Thomas, life since hasn’t been so simple.

I grew up a good old country boy. Daddy used to take us hunting. We always had a gun or something around the house. I’ve always kept one around, just in case.

I still had on my pajamas and my robe. As I’m pouring my glass of orange juice, the doorbell rang. I’m thinking it’s probably a solicitor or somebody. I peeked out the peephole. I didn’t recognize the person or the vehicle.

I went downstairs, where we have a little living area. I’m like, What in the devil’s going on? That ain’t no tree falling. That sounds like somebody’s breaking in. I grabbed our handgun, and as I’m coming up the steps, heart racing, he’d begun to bust out the den’s double sliding doors with the shovel. As I get to the top of the steps, he literally had busted through. I just fired one time to stop the threat. I wasn’t trying to kill the young man, but he wasn’t going to come any farther, either. I heard him make a screaming noise, and he went around the side of the house.

I was trying to call police, trying to dial Gayle at work. I couldn’t really get the numbers right. Then I calmed down enough to call 911.

After all the dust settles, if you have any type of heart, you’re going to feel some remorse. Every time I walk up these stairs, I think of him. Every morning I go get the newspaper, I think of him, because he collapsed and died right out there in the driveway.

You know, I have children around the age of this young man. I’m not a natural-born killer. I’ve been around buddies at the bar, drinking, saying, “Oh, man, I’ll kill you.” It’s just a figure of speech. But when it actually happens, it’s a whole different animal. It eats at you.

I used to be a very relaxed sleeper. Now it seems like the devil keeps trying to replay that scenario in my head. I just get up and read the Bible. I feel like I’m still in that react mode. I’m still very edgy.

Through this terrible incident, I just felt the need to go to church and pray. I gave my testimony, and I can’t explain what happened. I had no intention of joining the church, but a little voice spoke to me: The time is now. You’re not promised tomorrow. I just went weeping like a baby. From that day, my life has really, really changed.

I pray for this young man’s family and ask the Lord to have mercy on his soul. But at the same time, if I had to do it all over again, I wouldn’t change a thing. 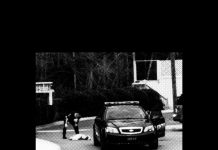