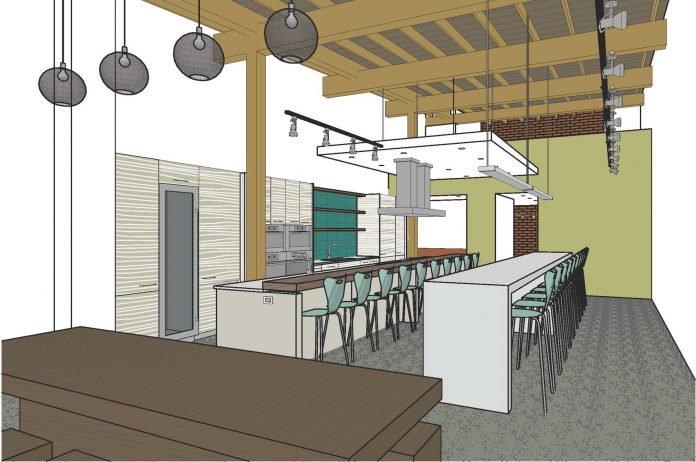 Asha Gomez, chef and owner of Cardamom Hill, is branching out from the restaurant business into another aspect of the food world: She’ll open the Third Space at Inman Park’s Studioplex in late February. Multifunctional and custom built with Miele appliances, Gomez says the space will be a one-stop destination for chef demos and classes, private dinners, tastings, and more.

The idea for the Third Space, which is intended to feel like a high-end home kitchen, was inspired by Gomez’s work in commercial spaces, she said by phone this morning. “This past year, I traveled the country quite a bit teaching with Texas’s Central Market and Escoffier School of Culinary Arts. The kitchens I taught in were very commercial-looking, but most of the people coming to these classes were home cooks. I thought, how about we create a space that looks and feels like a home kitchen? That will make more visual sense to the food enthusiast that wants to learn.”

Bursting with ideas, Gomez said she approached Miele, and they loved the idea. The Third Space, next door to Serpas, is 1,500 square feet and features Miele appliances, along with cabinetry from Artcraft. The space was designed by Rao Design Studio.

Even though cooking classes are what inspired the multi-use event space, Gomez intends to make avid use of subtitle she has for the the Third Space: a “culinary conversation.”

“Authors can come and do cookbook signings, chefs can host supper clubs, [groups can] do team-building exercises, it can act as a test kitchen. Everything is right there,” Gomez said. The dining area can comfortably seat thirty to forty people, and she believes it will become a great resource for hosts of pop-up dinners. “They won’t have to worry about a kitchen, utensils, silverware, or china.”

And, for those who want to document their epicurean adventures, The Third Space will be camera-ready for filming productions.

Info on the first round of demonstrations and classes will be forthcoming by early next month. Gomez envisions that classes will consist of about twenty people, with each person receiving ample individual attention from the chef.

On her decision to build the cooking space across town from her Westside Cardamom Hill restaurant, Gomez says she simply fell in love with the Inman Park and Old Fourth Ward area. “I wanted a loft-like feel for the space. The BeltLine is coming. It’s amazing what Kevin Rathbun has done for that neighborhood—he was definitely a pioneer in making it what it is right now.”

Gomez is also enthusiastic about her new venture being a source of opportunities for Atlanta chefs. These men and women, she says, work incredibly long hours in an overly glamorized field. She hopes her culinary cohorts will consider using the Third Space for demonstrations, classes, and smaller events. Other than cookbooks, there won’t be any other retail product sold, so the focus remains on what’s happening in the kitchen. Says Gomez, “That, to me, is exciting.”