Mali Hu, the founder of Ichiban, the One Sushi +, and Katana, has opened a lot of restaurants in her life. Her next venture, Monkey 68, is a compilation of all of them, she says. Located in an old house at 1073 Green Street in historic Roswell, Monkey 68 is designed to make diners feel like guests at Hu’s home.

“It’s the food Asian people eat at home with some twists to make it more approachable,” Hu says.

Monkey 68’s sushi bar will be an extension of the sushi program at Brookhaven’s One Sushi +, with additional Korean and Japanese flavors. The dinner menu will feature a few favorites from One, such as stir-fried edamame and asparagus fries, along with hibachi-style Wagyu steak—a tribute to Ichiban. Diners can also expect to find Korean gumbo, grilled potbelly with stir-fried kimchi, and Korean short rib on rice. “I want to bring everything together with Chinese, Japanese, and Korean influences,” Hu explains.

Hu is designing the bar program with a focus on presentation. Drinks will be made with fresh ingredients and named after the Chinese zodiac signs. The Monkey will feature tropical flavors like passion fruit and mango, meant to reflect a forest habitat. The Dragon will be a smoked bourbon cocktail. Local beer, wine, and private-labeled sake will also be available.

Monkey 68 (named after Hu’s birth year—1968—the year of the monkey) will have an industrial look with metals, light blue retro-style tiles, and dark gray accents. There will be two dining rooms upstairs, one at street level, and a patio in the front of the house.

Set to open in the fall, Hu’s second new restaurant, Tokyo Belly, will serve Asian street food such as sushi rolls, dumplings, and buns (think pork belly or sesame chicken) in an upbeat, urban atmosphere. Located in the new Peachtree Crossing development anchored by Whole Foods, it will be open all day and offer a full bar with an emphasis on draft Asian beers, as well as craft cocktails.

Hu says she’s contemplating opening a ramen bar in Vinings, as well as a Korean restaurant in the future. 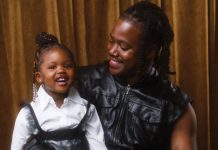 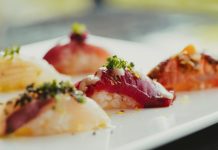