Jay Swift of 4th & Swift is opening his first restaurant outside the Perimeter next spring. Located at 5260 Peachtree Parkway in Peachtree Corners, Noble Fin will focus on seafood but serve steaks and chops, too. Swift’s son, Jeb Aldrich, is currently chef de cuisine at 4th & Swift but will lead the new kitchen when it opens, hopefully, in May 2015. Swift hopes to break ground in January.

“My son and I grew up in Baltimore—we’ve always been a seafood family,” Swift says.

With Mediterranean and American influences, Noble Fin will be “upmarket but still casual” and aim to bring the city to the suburbs, Swift says. Like 4th & Swift, dishes will use seasonal ingredients, but Noble Fin will use simpler presentations and offer a “more modular” menu from which diners can piece together their meals.

Swift says the protein will be the center of every plate. There will be a selection of handmade pastas, a raw bar, crudo, ceviche, crab and shrimp cocktail, and lobster served two ways. For lunch, the menu will be geared toward the business crowd and include salads with fish, as well as sandwiches.

“It’s about economics and demographics—you go where you think you can succeed,” Swift says. “ITP is great, but very expensive and there’s a lot of competition. Chefs like being in a big city because that’s where the foodies are, but foodies aren’t enough. A big part is convention business and business travelers. [At Peachtree Corners], there are twenty-plus hotels in the area.”

The 200-seat space will be designed to feel coastal and comfortable and decorated in a modern style with bleached woods and local art and photos. 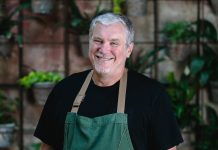 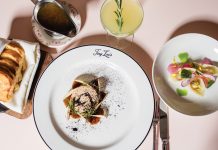