Home Uncategorized My hunt for a taste of home in Atlanta: the perfect bandeja...

A couple years back, after I signed my first book contract, my wife and I decided we wanted to leave Miami for good. We longed for the change of seasons, and I felt it would only serve my writing to step into the unknown—especially since my book, a memoir about the intersection of fatherhood, race, and hip-hop culture, was so tied to home and the joy and pain that comes along with it. I needed to view “home” from a distance to better describe it.

With these things in mind, we made a running list of cities where we might see ourselves living. We cast our net pretty wide, including places we knew full well we would never move to but that were exciting to think about anyway. There was Los Angeles: beautiful but too far from our families. New York City: attractive for countless reasons but overwhelming and expensive with four children. Chicago: a glorious and booming metropolis whose arctic chill is perhaps too brutal for these Florida bones. On and on. After several weeks, we landed on Atlanta. It is relatively close to loved ones, it is affordable, and it seemed like the ideal mix of vibrant and outdoorsy.

When I thought of Atlanta, I thought of Lisa “Left Eye” Lopes (R.I.P.) torching the $2 million Alpharetta estate of her boyfriend, NFL wide receiver Andre Rison. I thought of Martin Luther King Jr. and the 1960s, when Atlanta was at the heart of the civil rights movement. I also thought long and hard about barbecue, fried chicken, and sweet potato pie—and, knowing Atlanta to be a city shaped by its various cultures, about bibimbap, pupusas, and biryani. I was confident its culinary offerings would be as deep and fulfilling as its Southern hospitality.

It took almost a year of living here to discover—and I am aware of how unreasonable it is to ask this of any new place—a little taste of home. Soon after arriving, we experienced some truly great meals in Atlanta, from Korean to Salvadoran to some of the best Indian I have ever had. And Tacos La Villa in Smyrna without question serves the most flavorful lengua tacos anywhere. But it felt like something was missing in all this. Which is to say, what I craved most after leaving Miami was the perfect bandeja paisa—the national dish of my parents’ native Colombia—which is easy to find in restaurants all across the Sunshine State. For the uninitiated: Bandeja paisa is a hearty combination of protein and carbohydrates. A traditional platter consists of Colombian sausage, ground beef, rice, red beans, chicharrón (fried pork belly), an arepa, plantains, avocado, and a fried egg on top. It’s a lot, to be sure, which is why the dish is often referred to as “a heart attack on a plate.” But like many things that can kill you—Coca-Cola, French fries, birthday cake—it is also delicious. And for me, it is, above all, a dish that carries the flavors and feelings of home.

According to the 2010 census, metro Atlanta has the tenth largest Colombian immigrant and Colombian-American population in the country. Exceptional Colombian food can be found throughout the region, but the first couple of spots I tried left me wanting. Either the beans were too watery or the meat was dry. It was passable, at best. I have been eating bandeja paisa since I was a child, so I will always speak up when its goodness is challenged or when it is not executed properly. You might consider me a bandeja paisa evangelist, extolling its virtue from the proverbial rooftop. If there were a church of bandeja paisa, I would go to that church.

All it took was expressing my mild dissatisfaction to my neighbor Andres, a native Colombian who had been living in Atlanta for five years, to figure out where to go. His eyes beamed with delight as he told me about Las Delicias de la Abuela, a place on Buford Highway that according to him has the best Colombian food in the city, in any city. We made plans to go the next day for lunch. I was beyond eager to embrace some new vision of home, if only for the length of time it takes to consume a meal.

“Home is wherever you’re able to find it—if you look hard enough.”

The meaning of home is difficult to contextualize. Home can be synonymous with any number of things—love, loss, the memories of who we once were. The desire for home, if you have been away long enough, is a tightness that burns in your chest and hands. It can be crippling if you don’t tend to its demands, somehow. But in my time here I have learned that home is also a shifting destination. And that building a new one is a process of endless construction, of acquiring new memories and traditions, and finding fresh ways to stimulate the senses. Home is far more tangled and elusive than the invisible dotted lines that separate and divide us.

On my way to the restaurant the following afternoon, I received a message from Andres. Some personal matter had come up that required his attention, and he was unable to make lunch. But he implored me to continue with the plan, so that I could experience Abuela for myself and report back later.

As I walked through the door, I felt the sweet sting of familiarity. Live music blared; the place was all bloated with people and food and laughter. I ordered two beef empanadas and a Coke to start. I made small talk with the waiter, ceremoniously dipping my empanadas in ají picante, a Colombian dipping sauce. I told him briefly about my quest. He smiled and assured me that I had indeed come to the correct place.

He was right. And Andres was right: The bandeja paisa was everything he had promised it would be and much more. Every bite was like turning a page in a book, the story slowly revealing itself—the story of well-considered ingredients and how, when put together with love, they have the ability to transport you to someplace you’ve been before, like your mother’s or grandmother’s table. I sat there alone, feeling—in some small way—that I had crossed an important threshold.

Later, I found other joints in Atlanta that also do a bandeja paisa perfectly: La Casona and Casa Vieja, to name a few. It occurred to me that a familiar dish done well is not just a reminder of home. It is proof that home is wherever you’re able to find it—if you look hard enough. 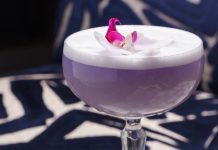 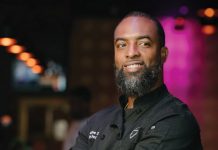