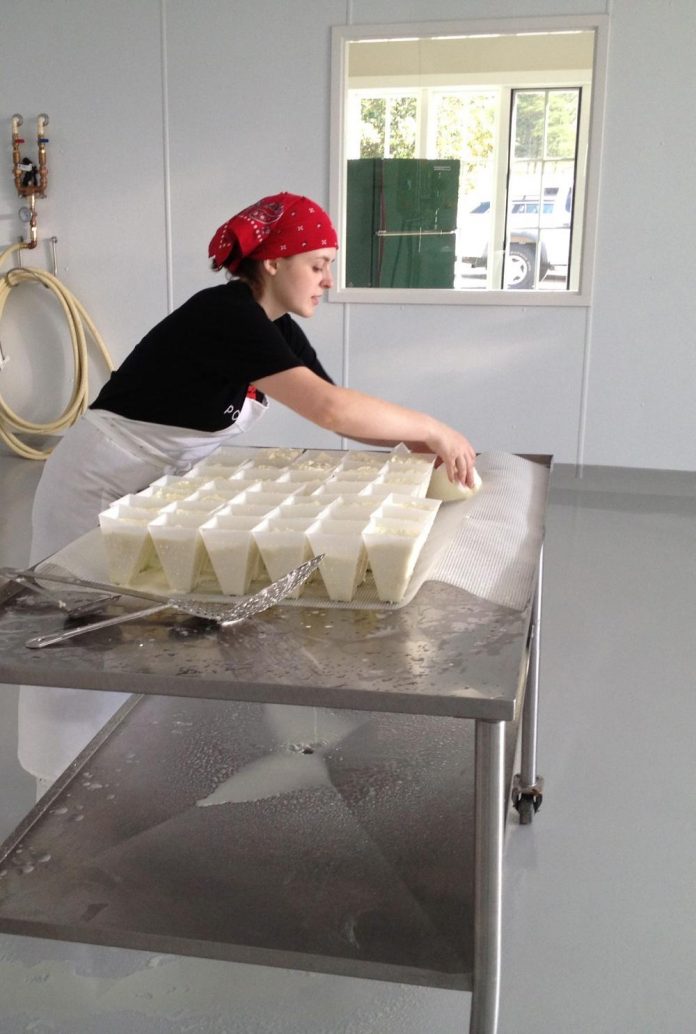 In a good way. As of last weekend, the market boasts four local cheesemakers among its 50-plus vendors, which has got to make it absolutely the cheesiest farmers market around.

If you like cheese—or for that matter, pretty much anything dairy—then this is the market for you. Mozzarella, chevre, gouda, tomme, gruyere … all are represented here, and every one is made within 75 miles, or less, of the Buckhead market.

The latest addition is Izzy’s Local Cheese, which joined the market last Saturday with its new line of Italian style cow’s milk cheeses including mozzarella, buratta (mozzarella with a creamy center, it’s the Cadbury egg of cheeses), and marscapone. Produced on site at Johnston’s Family Farms in Newborn, Izzy’s is a partnership between Antonio Lo Russo and David Pinchuk, as well as farmer Russell Johnston. Launched just six months ago, Lo Russo and Pinchuk are already looking at new retail outlets for their products, including other farmers markets.

“We’re in the process of ordering new equipment and getting larger walk-ins, and growing substantially faster than we thought we would,” Pinchuk says.

“Right now we have about 140 ewes, and we’re milking about 70,” says Rebecca Williams, who owns Manyfold with her husband, Ross. Their new, 3,000-square-foot on-farm creamery has the capacity to produce about 14,000 pounds of cheese a year. But don’t count on any sheep’s milk feta.

“We’re not going to do a feta,” Williams says. “Here’s the thing. Our philiosophy is in making cheeses that you can’t get. The Spaniards do a really good manchego; I don’t think I can improve on it. I want something new and something different.”

Why no fresh milk? The state has very strict standards for transporting and selling fresh milk, and most small business people find the barrier too cost-restrictive to overcome. Carey says that Johnston Family Farm, which in addition to supplying many of the cow’s milk-based ventures in the area also sells its own bottled milk at several metro farmers markets, does not currently meet Peachtree Road’s vendor rules. “Farmers at PRFM are required to be either Certified Organic or Certified Naturally Grown. We’d love to have fresh milk that meets the high standards our shoppers have come to expect,“ she says. “Local is great and organic is great, but organic is not necessary local, and local is not necessary organic. It is all about being knowledgeable about your options and then deciding what is most important for you.”