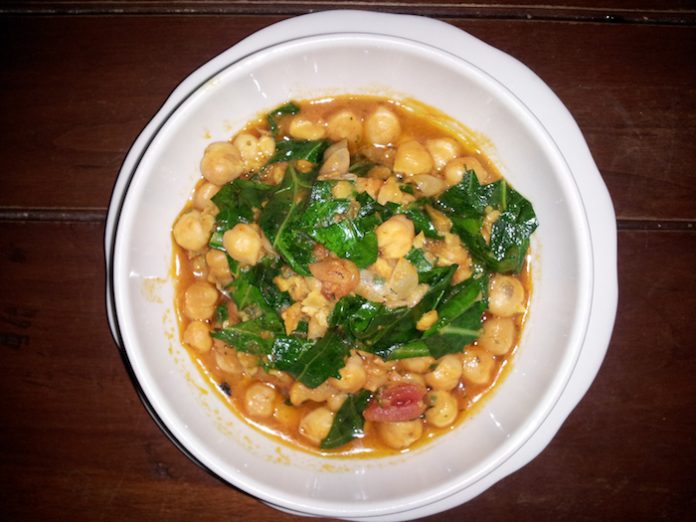 Chef Paul Luna of Lunacy Black Market has a lot going on these days. He and his managing partner Laura London, have launched a new and cheap lunch special for $5 they call guisados. The duo has also started an ambitious catering program featuring Italian, Southern and Latin dishes. And Luna, the beloved eccentric by way of the Dominican Republic who brought us Loca Luna, Eclipse di Luna, and his current tapas and wine bar gem Downtown, is seriously considering a move down the street—to the Mayor’s office at City Hall.

Tell me about these guisados—what is that, precisely? My business partner Laura London raised her three kids by herself. She used to do one-pot cooking. They were basically stews. She had this idea for doing something for customers that would be healthy, good, and simple at a reasonable price. But I wasn’t too thrilled about the name “stews.” I wanted to add some ethnicity to it because we do the same thing in Latin America. I said to her, “Let’s call them guisados,” and she thought that was wonderful. We serve them with rice.

Describe the flavors you’ve got simmering. We made a pork rib guisado that had smoked bacon with red and yellow peppers, soy sauce, sesame oil, crushed red pepper flakes, and some cilantro. It was brothy. Another one was a gumbo with chicken—breast and roasted dark meat—smoked Andouille sausage, onions, carrots, and celery. The vegetarian option was porcini mushrooms with coconut milk, fresh basil, and parsley. They’re all gluten free. Traditionally, when you make a guisado, in order to thicken the sauce you would add corn starch or flour and we’re not doing that. It’s a combination of a soup and a stew.

I’m sorry I missed lunch that day. How long will you be offering guisados? Just Fridays for lunch for now, but we’d like to expand. I’m also going to be crazy enough—since my last name is ‘Lunacy’—to do Guisado Fridays of only seafood. So it would have shrimp, mussels, clams, lobster, some coconut milk, and lemongrass. I’m trying to get people to understand that food doesn’t have to be expensive. [Chefs] should just offer it—if it’s your gift—if people come to support you, then that’s how your art is paid for. I have a problem with celebrity chefs. If I’m going to go out to a place to eat and it’s a celebrity chef-driven place, then I want to pay for the artist and his artwork—not an imitation that’s going to come out of the kitchen. If you come, I’m going to cook for you.

What else is new in your world? We just started a corporate catering menu via my business partner Laura. Good, simple food at reasonable prices. And my run for mayor.

Is that really happening? It is. My slogan is “Not just another Dumb Motherfucker!” I’m financing it myself. I can’t be a hypocrite. I’ve never voted in American politics and I’m not going to vote in this election or any election, because I believe that self-interest is the beginning of corruption.

Ah. If you vote for me and I win, it’s because you want to make a difference.

What happens, say, if you win? Man, if I win, we’re going to freakin’ get drunk and get fucked up!

And the city’s going to go to shit! God, no! On the contrary! You’re going to see what’s going to happen! I want you to keep me in line. Okay so, I live in the West End. But that’s not just my neighborhood, the whole city is my neighborhood. The whole world. If you don’t clean the street where you live, then who will? If we allow the city to do it, we’re going to pay taxes for it. Let’s be bright about this. Since when has a politician ever given a shit about humanity? All they ever give a shit about is themselves. Not just another Dumb Motherfucker!

I can’t help but laugh every time you say that. It’s a great slogan. I’m having a video filmed to tell people why I’m running. Afterward I’m going to say, “Mayor Reed, pucker up!”

Well, until then, we’ll enjoy the guisados. If you’re elected as mayor you may not have time to cook anymore. Hey, you might be right.

Lunacy Black Market offers guisados on Fridays for lunch only, 11:30–1:30 p.m. Menu will rotate and feature meat and vegan options. Cash only, served until last. 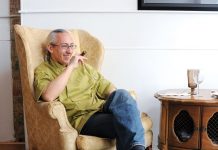