Home Restaurants Q&A with Ocean Prime’s Cameron Mitchell
ATL Food Chatter: October 18, 2011
(To receive the Chatter and other culinary tidbits directly in your inbox, sign up for our weekly dining newsletter)

Cameron Mitchell, founder and president of Cameron Mitchell Restaurants that owns Ocean Prime, the upscale seafood and steak-themed “supper club” slated to open in Buckhead on October 25, is confident that his award-winning restaurant concept will do well here. After hearing him explain his philosophy on customer service to the newly hired staff in Atlanta, I better understood his confidence. Mitchell recounted the story of how his son was denied a chocolate milkshake at a local restaurant because it didn’t offer them on the menu, and the staff refused to attempt to accommodate the request. He had a personal light bulb moment and decided that his restaurants would service any reasonable customer request.

Q: Customer service is one of your company’s primary values, how have you been able to remain consistent in that aspect of your business?
CM: We are great people delivering genuine hospitality. We believe in putting our associates first and treating them great. We take care of them because they then take care of our guests who then take care of our company. It’s the golden rule—what you give is what you get. Like our famous milkshake story: Yes is the answer. What is the question?

Q: How have you been able to survive (and prosper) in the current economy as an upscale restaurant group?
CM: Our associates are our biggest asset. Without them and their commitment to the company and providing guests with an experience they’ll rave about, we would not be where we are today. Guests love coming into our restaurants and being treated like a friend, a neighbor, someone we truly care about. That paired with the highest quality food that is expertly prepared, handcrafted cocktails and an award-winning wine list creates an overall dining experience that our guests continue to embrace.

Q: What is your plan to succeed in the fickle Atlanta market?
CM: We will continue to offer our signature cuisine and genuine hospitality to all of our Atlanta Guests, striving to make each guest a raving fan. We understand the importance of embracing our neighbors and becoming involved in the community, as we have done in our other markets. In celebration of our opening, we have partnered with Open Hand and are hosting a special event on October 20 that is open to the public—and all of the proceeds will be donated to this great local organization.

Q: Where have you dined here in Atlanta?
CM: Buckhead Diner and Atlanta Fish Market. I really respect Pano and his restaurants and how they have influenced the Atlanta dining scene. Also, Bone’s: It’s a great classic steakhouse with terrific service, and they will be a great neighbor. And Aria: Gerry Klaskala is a great chef and has such a strong commitment to quality

NEWS AND NOTES:
Esquire Magazine’s John Mariani named Todd Richards of the Cafe at the Ritz Carlton Buckhead one of his Chefs to Keep Your Eye On for 2011.

Justin Amick, who manages the front-of-house at Parish, was one of fourteen who just passed the Advanced Sommelier Exam, held this round in Seattle. Amick was also awarded the $5,000 Rudd Scholarship that goes to the top score in the entire exam, which will help toward the coursework needed to prepare for the exceedingly difficult Master Sommelier certification (only one-hundred and eight six people worldwide have achieved the title).

Buckhead. The long anticipated announcement from the Buckhead Life Restaurant Group concerning the relaunch of its flagship, Pano’s, has finally been made. The Atlanta Business Chronicle reported that the new Pano’s will be located in the former 103 West space on West Paces Ferry Road, and will open in the fall of 2012. The ABC also dropped the bomb that the Buckhead Life Group will close Bluepointe on November 30 due to issues with its landlord.

Eat It Atlanta posted reports of the newly relocated Tomo, which opened Saturday night (the website needs to be updated), as well as Tartufo, a new pizzeria from the owners of La Fourchette

Thrillist is reporting that Half Baked Casseroles, featuring southern themed appetizers, casseroles and desserts in a carry out format, will open Tuesday, October 18 at 3185 Roswell Road.

Thrillist also is reporting that former steakhouse Cheyenne Grill has reopened as a sports bar with great cocktails and beer selections.

Downtown. After a ten-year run in the CNN Center, McCormick & Schmick’s has revamped its design and menu. The restaurant now features a new decor of grays and steel blues, an upgraded bar area with a new granite top, a wine wall and a chef’s table for special dining occasions. The updated menu includes the restaurant’s signature “Fresh List” with seafood flown in from around the country.

Question of the Week. Which Atlanta chef will be running for a great cause on November 6 in New York?

PS . The answer to last week’s QOTW- What renowned former ATL chef was in town last week to lecture on Southern cuisine at a local university? is Scott Peacock, at Emory to discuss “The Sweet Potato in Southern Culture.” 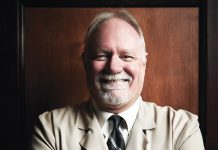 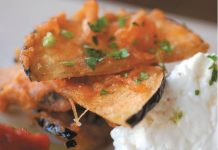 What’s happening at this year’s Taste of Atlanta