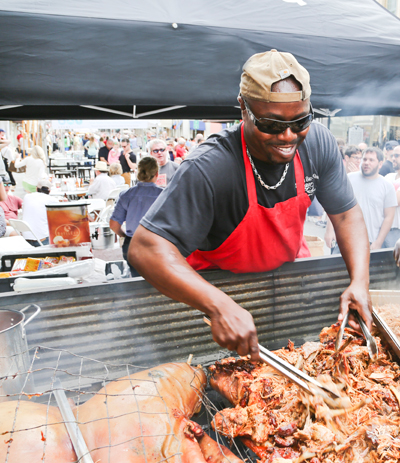 Scott is currently touring cities in the Southeast to raise money for the Fatback Fund, which was founded by the Fatback Collective and created in December of 2013 to support restaurants in crisis. Scott’s pit house in Hemingway, S.C., burned down two days before Thanksgiving, and he hopes to raise $120,000 for his barbecue shop rebuild and other businesses and organizations in need.

During the day from 11 a.m. to 6 p.m., Scott will be selling $5 barbecue sandwiches and $10 lunch boxes. Later that night at 7 p.m., the trio will host the four-course dinner for $100 per person, plus tax. Proceeds will benefit the Fatback Fund.