The sliders will stay the same, but Krystal’s Northside Drive and 14th Street location (626 14th Street Northwest) is otherwise undergoing a change: In recent months, anyone driving past (or driving through) the busy outlet may have noticed a billboard boasting “You can’t spell Krystal without A-T-L”—replete with a chain with the Krystal logo hanging in the corner. Now, the classic red-and-white facade has disappeared, replaced by blacked-out windows and murals painted around the building that include the classic “Peace up, A-town down” symbol.

The splashy Atlanta-themed renovation is a collaboration between Krystal, culture outlet Butter.ATL, and production company the Spice Group. “We’ve highlighted different aspects of Atlanta culture, from how crazy the traffic is to the HBCUs,” says Brandon Butler, Butter.ATL’s executive director. “We want people in Atlanta to feel like the restaurant belongs to them. We want them to feel that this is something that authentically represents them.” The redesigned restaurant—described as a “permanent pop-up”—opens Friday.

The pinnacle of ATL culture represented here? Probably the jukebox, loaded exclusively with tracks by Atlanta musicians. Red lines painted across the parking lot and drive-thru lanes represent the traffic situation. A MARTA bus stop installation outside—titled “The no [cap] map of Atlanta”—includes landmarks such as Atlanta University Center, Piedmont Park, and the Georgia Aquarium, while a mural matches highlights from the city’s history with milestones from Krystal’s evolution as a business. Chains painted around the building refer to Atlanta’s most famous musical export and its enthusiasm for jewelry, and shelves in the hallway outside the restrooms are loaded with roller skates—a nostalgic call to Friday nights spent skating at Cascade.

Krystal, founded in Chattanooga nearly a century ago, moved its headquarters in 2013 to Dunwoody. Acquired last year by Fortress Investment Group, Krystal originated the idea of an Atlanta-themed outlet—which was brought to life largely by Butter.ATL and the Spice Group. (Owned by ad agency Dagger, Butter.ATL was also recently given a shout-out in a Ludacris song that was created as an ad campaign for the peanut butter brand Jif.)

“Everybody has a Krystal story of when they were younger and came to hang out in the parking lot,” says Antwanette McLaughlin, the Spice Group’s owner and chief creative strategist, and no stranger to creating immersive experiences—she was also behind the creation of T.I.’s Trap House Museum. “That’s what we created here: an opportunity for people to hang out in the parking lot, eat some good food, and take selfies.” 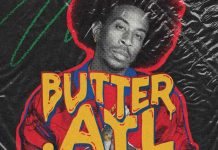 Ludacris gives Butter.ATL a shout-out with his new single 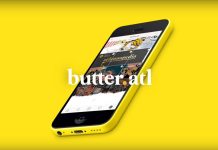