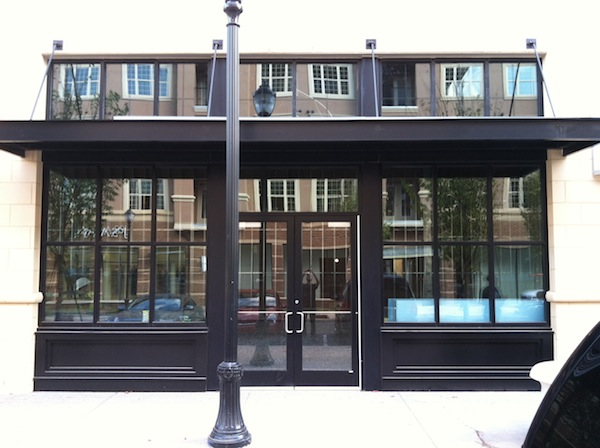 Yesterday, Westside restaurant Bocado announced that chef Todd Ginsberg would be leaving the restaurant on October 20. Rumors have been circulating for months now that Ginsberg would be opening a Jewish deli with Jennifer and Ben Johnson, owners of West Egg, and Ginsberg has finally confirmed his involvement in the project. The General Muir, slated to open in Emory Point by the end of 2012, was announced earlier this year with a press release that promised, “traditional deli classics, such as pastrami and corned beef, chopped liver, smoked fish, and hand-rolled kettle-boiled bagels, as well as innovative takes on traditional dishes.”

The addition of Ginsberg to the kitchen certainly puts an emphasis on the “innovative takes.” Those familiar with Bocado and, especially, the constantly evolving small plates section of the menu, will be pleased to know that Ginsberg will be approaching the General Muir’s menu with the same creativity. As Ben Johnson explained in an email yesterday, “We don’t want people to think too literally about it, expecting us to recreate Katz’s or something.  There will be classic dishes on the menu, but we are not pigeonholing ourselves as just a deli or just a Jewish restaurant.  Todd is an amazing and creative chef and will have wide latitude to take things in new directions.”

Rather than Katz’s, one might look at Mile End, the much-praised new Jewish delicatessen in New York, as part of the inspiration for the General Muir. Ginsberg, who grew up in New Jersey and New York eating pastrami sandwiches, says that he’s wanted to open a Jewish deli for his entire career. “The deli has been such a strong, magnetic pull for me. I remember having conversations with my dad about opening a deli,” he says.

The restaurant will serve breakfast, lunch, and dinner and have a full bar. Breakfast and lunch will emphasize the traditional options, like those “hand-rolled kettle-boiled bagels,” which Ben Johnson has been obsessively working on, and the smoked meat sandwiches that Ginsberg speaks fondly of. For dinner, expect Ginsberg to continue working with small and sharing plates alongside the entrees. He says, “Being Jewish myself, a lot this food feels family oriented, sharing and communal. So, we want to have some of that on the menu.”

There are certain agreed-upon touches, like using local Georgia trout smoked in-house for smoked trout rilletes, but the menus are still very much in development. Ginsberg shared some other ideas, like a nightly three-course prix fixe menu, that may or may not end up in the finished restaurant.

The restaurant has been designed by Square Feet Studio. In addition to the Johnsons, both Ginsberg and Shelly Sweet, the current general manager of West Egg, will be part owners of the restaurant.

In case you were wondering, The General Muir, is named “for the U.S. refugee transport ship that brought Jennifer’s mother and grandparents, Holocaust survivors, to New York following World War II.”