The exclusive, member-only networking club, the Gathering Spot, is opening a private restaurant called WYE early next month. Kicking off with a party the eve of January 30, WYE will serve breakfast, lunch, and dinner, as well as weekend brunch, alongside a full bar highlighting craft cocktails, local beers, and domestic wines. Vino Venue’s Doug Foley is the executive chef.

“We’re inspired by what’s happening here on the Westside,” CEO Ryan Wilson says. “The food and drink will be in line with the high-end, high quality restaurants you see on this side of town.”

Located at 384 Northyard Boulevard, WYE is set in a building built back in 1911. “WYE is an old railroad term—a connection where the railroad comes together. It’s fitting because the restaurant and bar is where our members will come together,” Wilson says.

Menu items may include Thai mussels in coconut cream, pecan encrusted trout, Creole slaw, black bean and quinoa veggie burger, beer-braised pork shank, and Asiago bacon risotto balls. “We’re focusing on small plates because the Gathering Spot is all about networking and co-sharing,” he says. “We’re starting with a broad menu and will shrink it down once we see what the guests really want.”

Cocktails will lean herbaceous rather than sweet, and there will be a 100-bottle wine list with 25 to 50 of them available by the glass. Wines will be available in both 6- and 9-ounce pours, as well as by the half bottle.

Of course, to enjoy any of this, you’ll have to join the club or at least come as a guest of a member. Membership fees are disclosed during the application process. Out of the 1,500 applications thus far, Wilson says his team has approved about 200. “It’s really important to make sure we have the right fit. We look at what you do, where you do it and what animates our members outside the office,” he says. 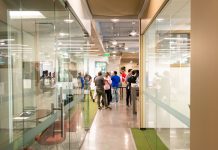 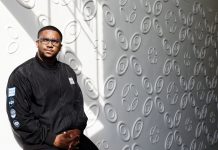 Here’s the single best way to help Black people, according to Ryan Wilson