The letter arrived about three years too late. Six, really, but who’s counting? It said my younger son had been admitted to the University of Georgia. He’d put in his transfer application during a moment of uncertainty, but then decided to stay at Elon University in North Carolina. When both of my boys graduated from high school—each with HOPE-eligible GPAs—they wanted UGA or nothing. We got nothing. Nothing but huge out-of-state tuition bills, that is.

For my family, all the HOPE Scholarship did was put our state’s flagship school just out of reach. Admission has gotten so competitive that last year, the average UGA freshman had a high school GPA of 3.8 and a two-part SAT score of 1273. I tell myself we’re ACC people anyway.

Since my family has never been a direct beneficiary, I believe I’m also more objective about HOPE. As a taxpayer, I think the program should exist primarily to help Georgians go to college who wouldn’t have been able to attend otherwise. Yet a UGA study published in 2007 proved that many recipients actually cash in unused college savings for new cars. I used to laugh along with everyone else at the “HOPEmobiles,” but recent revisions to the state scholarship program have me seriously questioning whether HOPE has lost touch with its mission.

For more than fifteen years, there was enough money for both the haves and the have-nots. However, as state tuitions rose and enrollments continued to climb, lottery revenue couldn’t keep up. In 2011 the Georgia Student Finance Commission warned the legislature that HOPE would eat through all its reserves by 2013. So lawmakers passed HB 326, which cut costs by: 1) ruling that payouts would be set annually by the legislature, would not include fees, and would no longer rise automatically with tuition increases; and 2) raising academic qualifications, including establishing a new scholarship, named after HOPE founder Governor Zell Miller, that provides full tuition only to valedictorians, salutatorians, and any student with a minimum GPA of 3.7 and a two-part SAT score of 1200 or higher. Zell scholars must maintain higher college GPAs (3.3) as well.

The cutbacks did stabilize the budget, reports the GSFC. Yet the reduced funding and unpredictable award amounts for non-Zell scholarships—quickly nicknamed HOPE Lite—obviously hit low-income students hardest. And the types of academic standards chosen by the legislature also placed a disproportionate burden on them, as I’ll explain in a minute.

If we’ve got to limit who gets aid, shouldn’t we start by helping the less fortunate? My neighbors may hate me for saying this, but perhaps it’s time to reconsider some type of means test. HOPE was limited to students with household incomes of $66,000 or less when it began twenty years ago, but the cap was soon eliminated after record-breaking lottery sales.

Jason Carter (D-Decatur) famously championed the idea of a $140,000 cap during his first full term in the Georgia Senate three years ago—a proposal that expired at the end of that session. Then last year, he and his Democratic colleagues focused on HB 326’s effects on awards for technical schools (called HOPE Grants), successfully reversing a GPA requirement that had caused students to drop out by the thousands. They also took aim at the Zell, suggesting it be awarded to all students graduating in the top 3 percent of their classes rather than through a GPA/SAT formula. That bill, SB 112, remains pending.

Access to higher education is still at the top of Carter’s agenda, both for this month’s legislative session and for his gubernatorial campaign, he tells me. “It’s true that the HOPE is living within its means now,” he says. “That doesn’t mean that it’s doing what it can and should for our economy.” This year he plans to continue pushing SB 112 and to revisit some type of need-based criteria for HOPE overall, though he’s decided an income cap is “too blunt an instrument.” One possibility is a more flexible means test that takes into account factors such as a family’s number of students currently in college, he says.

So back to my concerns about HOPE’s new academic criteria. HB 326 requires applicants to take at least four advanced high school courses, a prerequisite that begins phasing in for this fall’s high school seniors. Those include classes such as honors, Advanced Placement, International Baccalaureate, and dual enrollment (taken at a local college). Larger or more affluent schools often offer more such opportunities. For example, Cobb County’s elite Walton High School offers forty-six AP courses; rural Early County High in Blakely offers only five. (By the way, HOPE adds an extra half point to a student’s GPA calculation for every AP course, but not for honors courses. Thus, AP classes provide a huge GPA boost—another lopsided advantage for students at top schools.)

I have even deeper objections to the new Zell scholarship. Its creation marked the first time that Georgia used SATs as a qualifier for HOPE aid. For more than fifty years, researchers have proven a connection between academic achievement and family affluence, and that correlation is especially strong for standardized testing. A recent analysis of Georgia SAT scores by the Atlanta Journal-Constitution found that no schools with student poverty rates above 80 percent averaged above 1400 on the three-part SAT, while no school with a rate below 20 averaged below 1500. (The Georgia average is 1452.)

A recent Stanford report, which compiled data from nineteen different studies using various measures of academic achievement, found that wealthier kids are outpacing their less fortunate peers by 30 to 40 percent more now than they did twenty-five years ago. Why? The researchers speculate that in today’s academic environment, where success is measured by standardized tests and opportunities abound for privately funded enrichment, affluent parents are simply paying for their kids to get ahead.

The Wall Street Journal determined that Georgia students from zip codes with median incomes greater than $50,000 were almost three times as likely to win Zell scholarships as those from less affluent areas. The analysis also found that seven zip codes—all in metro Atlanta, all with median incomes over $100,000—produce 10 percent of Zell scholars but only 3 percent of the state’s fifteen-to-nineteen-year-olds.

The GSFC has projected that about 14 percent of HOPE-eligible students qualify for the Zell. So today they account for a relatively modest portion of the budget. But as Zell awards keep pace with tuition, and as HOPE Lite does not, top-tier students will receive more of the limited lottery pie.

Conversely, the gap between tuition and HOPE grows ever wider. According to the GSFC, HOPE now covers about 64 percent of tuition and fees at UGA. In four years, it will cover only 55 percent. For many students, that shortfall makes or breaks their chances at a four-year diploma.

Abbey Hayes, a Georgia State senior from McDonough, earned full tuition on the old HOPE with her 3.2 from Ola High School. When her grades slipped below the required B average during her freshman year, her parents had to take out loans. “Both of my parents work, but they don’t have degrees,” she tells me. “We’re not dying for money, but they don’t have thousands of dollars every year for me to go to school.” Thanks to Georgia State’s innovative Keep HOPE Alive program, which helps struggling students earn their way back, Hayes regained her funding. But she worries about her sixteen-year-old brother’s chances of earning full tuition, since only the Zell could give him that now. “I don’t think he’s going to be able to do a 3.7, so he’s not going to get what I got.”

Lawmakers need to focus less on wooing the “best and brightest” and more on securing the best and brightest future for all students. The free ride for everyone was great while it lasted (or so I hear). But if Georgia’s student aid no longer reaches residents on the economic margins, can you even still call it HOPE?

> HOPE Scholarship by the numbers:The story explained in graphs 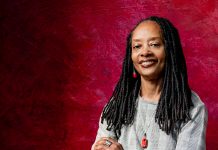