Venetian Hills lies on the city’s west side, 10 minutes south of downtown. In 2013 Atlanta Habitat for Humanity announced it would create a 13-home cul-de-sac there on a tract of foreclosed land that had been prepped for home construction that never came.

The development, completed in April, is named Clark Howard Lane, in honor of the consumer guru and his wife, Lane, who have supported Habitat for two decades. Howard directs $80,000 into Habitat every year and leads home builds between January and March—the period when finding volunteers is most challenging.

Still, Howard was neither expecting nor interested in such splashy recognition. “I was embarrassed and excited,” he says. “I was raised to believe you do charitable work, and you do it anonymously. If my father were still alive, he’d be horrified, but at the same time, it’s really cool to drive up and see your name on the street.” And the name is by no means honorary: Howard had a hand in building nine homes in the development.

Howard’s initial involvement in Habitat in 1996 was born out of remembrance for his father, who grew up during the Great Depression and whose parents were evicted twice. And the famous penny-pincher’s mission intersects nicely with that of the organization. For instance, like all Atlanta Habitat houses, the homes along Clark Howard Lane boast low-flow faucets, double-paned windows, high-performance insulation, and energy-efficient appliances—installed because they make good financial sense.

“I think Habitat for Humanity was at the forefront of green building simply because of their vision of affordable housing,” says Jim Blackstone, Atlanta Habitat’s director of construction. After all, if a building is so leaky that it sends utility bills soaring, well, it’s not exactly in keeping with that mission. An early-2000s partnership with Southface led to such well-constructed homes that today’s Habitat homeowners can expect to see monthly power bills under $150.

Habitat expects its homeowners to take 12 classes to help them bone up on the financial and physical sides of homeownership. Most of the financial workshops (think mortgage basics, Credit 101, budgeting) are required; DIY and maintenance classes (plumbing, pest control, tree care) are electives. It elevates the program from a charitable organization to a nonprofit helping homeowners sustain themselves.

“I love the financial education component,” Howard says. “If you help somebody handle their money better, then you help in so many places in their lives.” 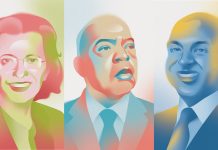