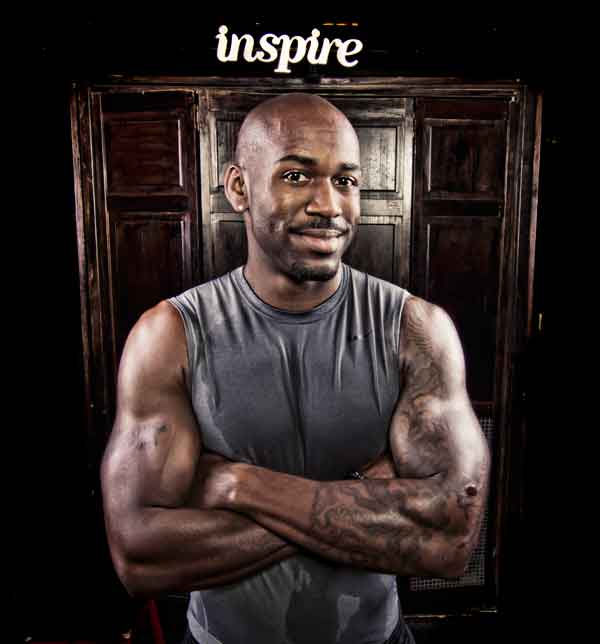 Dolvett Quince hasn’t exactly been toiling in obscurity; he’s trained stars like Boris Kodjoe and Justin Bieber. But now the longtime Atlanta trainer is helping America get fit, as the newest cast member on NBC’s The Biggest Loser.

You’re shown shirtless a lot on Loser. I think a person’s body should be a walking, talking billboard of their task. If the personal trainer doesn’t care about his body, why would you trust me?

So how’d you get the Loser gig? They called my studio and asked if I was interested in coming out to L.A. to audition. I told them I was too busy. Just kidding! The audition wasn’t too difficult; they filmed an episode with me training two former contestants and two other people that hadn’t done the show before.

Your client and friend Bert Weiss [of Q100] has played a role in your success. Ten years ago, I would average maybe two new clients a week—with me having to knock on everyone’s door to sell myself. Then Bert and I became friends, and he started talking about me on his radio show. It jumped to forty to forty-five new clients a week.

Say I have to lose five pounds in a week. What’s Dolvett’s secret? Drink a ton of water. Eat clean. If you usually work out twice a week, work out four times. That’s the real secret: Don’t do the same thing you did before.

What’s the most egregious way you’ve seen a client cheat on his or her diet? I had a client come in the studio with a box of fresh-baked chocolate chip cookies. She was eating them in front of me right before her workout.

What’s your go-to cheat meal? The chicken curry at 10 Degrees South. This thing has chicken and bananas and rice . . . oh, it’s delicious. I want some right now.