Home Uncategorized Will cleanse for friends

I signed up with the full knowledge that I was going to cheat like a dog. No sugar, no dairy, no grains, no alcohol, and no caffeine—the rules of the two-week detox cleanse offered at my yoga studio also gave me no reason to live. Instead, we would be full of vitality and super-oxygenated bliss. It sounded like hell.

So why was I one of the first to plunk down my check? I was new to Atlanta and eager to make friends. The coolest kids in the studio were signing up, and I figured this would be a good way to connect. I was a detox impostor.

Still, my intentions were not entirely ignoble. When I first hit town, I’d been so excited about the bounty of Southern delights that I’d eaten my way through the entire city of Atlanta: Georgia pecan and maple bacon ice cream, dark chocolate tarts from the farmers market, and biscuits from basically everywhere. Add to that the six cookies a day I’d come to consider normal during the holidays, and what you had was a carb-addicted yogi in need of some help. Each morning, as I squeezed into my jeans, I was reminded that sacrifices needed to be made. Purity beckoned.

My fellow yoga practitioner Jackie, a nutritionist, was the leader of our detox group. Before the first day, she distributed guidelines and suggested recipes. Our recommended breakfast was a slimy concoction I’d once seen Jackie drinking. She called it a green smoothie. I called it kale sludge. Even with my eyes closed, I couldn’t choke it down. Instead I brewed up a more tolerable penance, loaded with cocoa powder and yet another no-no, peanut butter. Never mind that by the time I’d finished making it palatable, my smoothie was easily twice the caloric equivalent of my now-verboten breakfast of yogurt, granola, and fruit.

Jackie created a Facebook group where legitimate members crowed about their accomplishments, like the cashew cheese they’d made for the “veggie cheese bake.” Let me tell you about cashew cheese, even though I doubt you want to know. It’s a mixture of cashews, water, and spices ground up in the blender and made to resemble cheese—resemble being the operative word.

At first I refrained from joining in the banter. But I’d signed up for the cleanse to make friends, and besides the fact that my silence helped me connect with no one, I worried that it also belied my guilt. The only answer was to out myself: “I’M HUNGRY, I WANT CHOCOLATE, I HATE KALE SLUDGE,” I posted, followed by, “There, I feel better.”

By the end of the day, I’d had a few responses encouraging me, as if that were the point. But there was also a message from Jen, a teacher at the studio and the cleanse follower I most wanted to befriend: “Heehee. I feel you.” Not exactly an invitation to hang out, but a step in the right direction.

A celebratory drink seemed in order.

I downed a tankard of Prosecco while my dinner, a lone sweet potato, roasted in the oven. I was about to eat my own flesh as I waited because I was so hungry. Our list of suggested snacks: cucumber water, a handful of seeds, or—oh glory—any leftover kale sludge from breakfast. Tortilla chips seemed like a reasonable substitute. They were, after all, made from corn, and though corn was also prohibited, at least it was a vegetable.

A couple of days later, I slunk into yoga class fueled by caffeine and self-reproach. Jackie smiled beatifically in my direction. “How do you feel?” she asked.

Interesting question. I had no idea how I was supposed to feel. My cleanse was a flimsy one—the sensible woman’s cleanse as opposed to the monkish mess the others were involved in.

“Good, good,” I said, as I noisily unrolled my mat, hoping to drown out my own words. Jen then complained of headaches.

Someone else mentioned brain fog. “Me, too!” I chimed.

When Jackie gave the detoxers a shout-out in class, I beamed with pride. When the others went into child’s pose to rest because of their cleanse-induced lethargy, I followed suit. And when they exchanged recipes after class, I feigned interest. I was appalled by my own duplicity.

No friendship should be based upon lies, so I made up my mind to follow the rules—something that has never been my strong suit. Off I drove to a local juice joint and ordered a green drink that, to my surprise, didn’t make me want to kill myself, the bitter vegetable taste camouflaged by apple and lemon. As I sipped my healing tonic, I thought, There’s hope for me yet.

But two doors down, beckoning, was the pie shop. Moments after recommitting to the cleanse, I held in my hands a slice of peanut butter pie. (Key lime may have been involved, too.) Back home, part of me reveled in a state of pie-inspired rapture, while the other part berated myself for being a lying sack of shit.

An important thing to note here is that, notwithstanding my new-in-town holiday eating bonanza, I am typically a healthy person. But nothing makes me want something more than telling me I can’t have it. “No Smoking” signs make me want to light up. “No Crossing” signs make me want to play in traffic. Red meat, something I don’t eat anyway, was also forbidden on the cleanse. But if a cow had walked past me on the street, I’d have been tempted to take a bite out of it. My perpetual hunger was more for freedom than for food.

After a week of my detox-retox cycle, I’d gained three pounds. This was madness. I was healthier before I started. Fortunately, I was headed for a yoga retreat the next day. Even more fortunately, said retreat was replete with morning coffee, ample chocolate, and a thatched-roof bar. Nirvana for derelicts.

Distanced from my sludge-loving acquaintances and the guilt they inspired, though, I had many an epiphany. Among them: Life is too short for food to be punitive, it’s inane for a person like myself to try to abstain from anything, and kale juice is the anti-Christ. While I admired the resolve of the cleanse purists, I realized I’d never be one of them. A week later, I returned home refreshed and free from my self-imposed purgatory.

The following morning, I headed off to yoga, still high on my vacation bliss. Jen arrived a few minutes late, coffee in hand. “Sorry to keep you waiting,” she announced. “But the dog got into the chocolate this morning.”

Wait. The dog ate what? And what’s that you’re drinking? It was then that I realized I wasn’t a failure or a lying sack of shit, but—like Jen—a normal human being trying to find a little bit of balance. And just when I thought things couldn’t get any better, Jen looked right at me and said, “How was your trip? I’d love to get together sometime and hear all about it.” 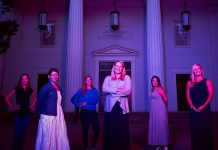 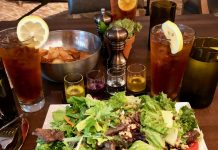 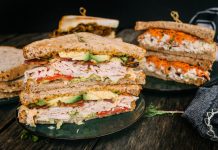