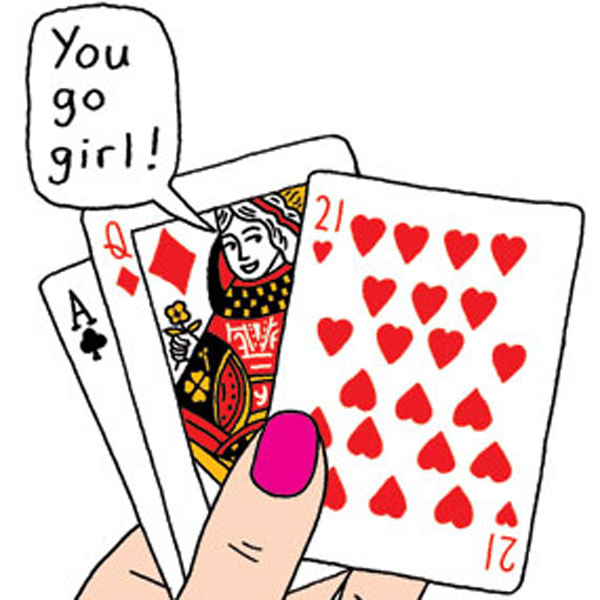 I would be a great gambler if not for the fact that I love losing too much, and when you find something you do well, something you love—which are two things that don’t necessarily go hand in hand—all I can say is, you have to listen to the universe.
It’s kind of like kismet, which I think is when two things connect through tremendous odds to germinate something wondrous. I would look the word up, but I lost my Internet connection. Not lost as in “can’t find,” because I know where it is; it’s just that burglars recently took the only computer in my place with a processor useful enough to easily surf the Internet. I had a lot of crappy decoy computers lying around, but somehow the burglars knew to bypass them and go straight for the winner.
But like I said, I’m great at losing, which is why I gamble very little. My mother, on the other hand, was a former mathematician, and therefore a master gambler. She always took it as flattery when the pit boss tossed her from a casino, because it meant she’d gone from being a good gambler to being too good. Gambling is supposed to be a game of chance, so if you’re able to calculate the cards dealt against those remaining, it means you’re not trying your luck, but bucking the system.
So when I say I don’t gamble much, it doesn’t mean I don’t know how. My mother taught me exactly how to play. I didn’t inherit her affinity for numbers, so there was a limit to my ability to grasp her system. The most she could do was impart important blackjack generalities, like, “Never hit when the dealer is showing a six or under unless your hand equals eleven or under”; “Always double down when you’ve got eleven unless the dealer is showing an ace”; and, “Never get up and leave a winning table.”
Recently I went to Vegas on business, bent on gambling $285. I came to this number because a few days prior I’d talked an Atlanta police officer out of giving me a ticket by issuing a spontaneous confession. “Forgive me, officer, because I could not be more guilty,” I blurted. Maybe, with policemen being so accustomed to those set on arguing their way out of tickets, this one decided to reward my candor. Who knows? All I know is that I drove away celebrating the “285 extra damn dollars I don’t have to pay the traffic court!” I took it as a sign from the universe.
In Vegas I spotted a table with a cluster of girls celebrating a twenty-first birthday. The birthday girl had just won nineteen hands in a row, but for all her luck, she didn’t know how to gamble. She’d neglected to increase her bets, for one, so this incredible streak garnered her just nineteen equal-value chips. If my mother were sitting at this table, I thought, we’d be halfway to a new Winnebago by now. Then I watched—incredibly—as this young girl got up to leave.
Part of me wanted to talk some sense into her. “Girl,” I would have said, sounding a lot like my mother, “what are you thinking? This here is a winning table. You don’t leave a seat at a winning table.” But then I thought better of it, because here she was, freshly twenty-one, with the world set to be blown from her lovely fingertips like a fragile dandelion, the fuzzy bits about to float where they may. Right now, in this instant, the universe was her table, and she was winning whether she left her seat or not.
I bet my mother used to look at me that way, stopping herself from correcting my mistakes after realizing a mistake is often kismet coming to knock. I wanted to be a good gambler like her, but instead I was only good at losing. And like a good loser, I eventually stayed out of casinos altogether and let the fuzzy bits of my world float where they may, way farther and wider than my mother had ever known. To this day I love Las Vegas because it reminds me of someone gone too soon, someone I love. But I still never win at gambling. I put a chip down and it’s gone. Another; gone again. But losing at gambling sometimes goes hand in hand with winning in other ways. This most recent trip, as I sat to play with my stockpile at hand, the image of the birthday girl kept coming to mind. Happy, radiant, departing—it was as though the universe was telling me something. “Girl,” it said, sounding a lot like my mother, “get up. Leave the table.”
Illustration by Peter Arkle
Advertisement 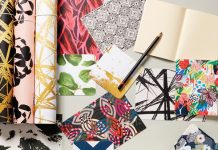 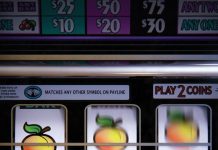