When Chip and Janice Wilmot moved into their Lilburn home in 1993, they planted traditional laurel shrubs in their front yard.

“It was a little boring for us,” Janice admits.

The couple enjoys cooking and entertaining guests, so eight years ago, they decided to extend that ethos into their garden and grow their own edible landscape.

By definition, these ornamental gardens incorporate some type of edible plant—whether that’s a leaf, fruit, seed, or even flower, says L. Daniel Ballard, the owner of Convivial Gardens, an Atlanta-based landscaping company that specializes in edible gardens.

“We live in an urban environment, so people are more conscious of not only having a beautiful landscape, but having a landscape that they can interact with,” Ballard says.

Edible landscaping has also sprouted in popularity due to the cost savings of growing food at home versus buying produce at the grocery store. Ballard says that while there is an upfront cost for the garden, which varies depending on size and type of plants involved, most people won’t need to replant their edibles every year.

“In many ways, it’s similar to the local food movement,” he says. “People enjoy local farmer’s markets, so what does it look like to have a farmer’s market in your own backyard?”

The Wilmots walk through their garden, which spans across all sides of their house, pointing out more than 30 different edible varieties: pineapple guava, figs, bee balm, lemon balm, lemon thyme, alpine strawberries, blueberries. The list goes on.

“I just like stuff that is a little different,” Chip says. “In cooking, I really like to use nepitella (an Italian herb that tastes like a combination of mint and oregano), which is very rare, even in the United States. Pineapple guava isn’t something you would normally see or eat, so just the uniqueness of it just holds a fascination for me.”

He uses the leaves from his garden’s fig tree to wrap grilled fish, and, he tells his wife, he just found a recipe for fig leaf ice cream he’s eager to try.

In addition to being an economical food source, an edible landscape can also make a statement. Mitch Jaffe, the CEO of PREP, a shared kitchen in Atlanta that is the culinary base for 120 food companies such as Verdant Kitchen, Emerald City Bagels, and Salsa Sol Del Rio, installed an edible landscape when the facility opened in 2014. Peaches, blueberries, and figs grow along the edges of the buildings in lieu of typical flower beds.

“When we were building the facility, we had a choice to add run-of-the-mill landscaping,” Jaffe says. “We felt like [edible landscaping] was more appropriate for what we do here.”

PREP’s edible landscape doesn’t produce food for any of the 120 companies—it is more to show that the shared kitchen supports the mission of its producers who often cook with local, seasonal ingredients. It’s also a source of snacks for hungry chefs at work in the kitchen and for people touring PREP’s facilities.

“[The chefs] are the ones usually noshing off the plants,” Jaffe says, chuckling. “There’s nothing quite like a fig or a blueberry that’s tree-ripened.”

The garden also attracts colorful songbirds. Ballard says choosing plants that animals and insects can enjoy is the cutting edge of edible landscaping.

“People are able to look out their own windows and see more and more wildlife in their yards,” he says.

In order to cultivate an edible landscape, Ballard recommends looking at where you need coverage and thinking about edible options that can be used in place of traditional plants.

“What would it look like if, instead of planting a crepe myrtle, I planted a persimmon tree or apple tree?” Ballard says.

Blueberries are the best edible landscaping plant because they are easy to grow, he says. Other plants that thrive in Atlanta are thornless blackberries, Asian and American persimmon trees, raspberries, and strawberries. Serviceberries, which taste like blueberries with an almond tint, are native to Georgia. If you’re looking for somewhere small to start, Ballard says herb gardens, including mint and basil, can be easily incorporated into existing landscapes.

Chip recommends bee balm, Mexican tarragon, parsley, and to cover the ground, thyme. He and Janice spend one to two hours per week tending the garden and don’t use pesticides.

It’s also important to know what you want your garden to look like and what will work for your particular yard. For example, most tomato varieties won’t flourish without eight hours of full sunlight, Ballard says.

Chip says some varieties of edible plants like to migrate, so if left alone, the garden can look more natural than manicured.

“You have to understand where you are on the spectrum of wild and unkempt to a formal, well-coiffed garden,” he says. “A lot of the things we grow, like lemon balm, reseeds crazy and spreads everywhere.”

Ballard says having tomatoes and salad greens in boxes can give defined place for those plants.

Done right, edible landscaping can be rewarding—not only is it sustainable, but it gives creative cooks a chance to experiment with uncommon ingredients.

“It’s not just growing your garden variety of thyme,” Chip says. “You can grow a few different varieties and use those.” 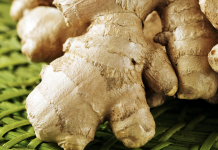 Ginger? Snap! Here’s how to grow it easily in Georgia 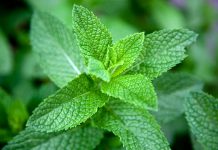