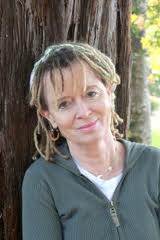 Acclaimed writer Anne Lamott makes her second trek to Decatur First Baptist Church this year Monday night at 7 with a happy “accident” of a book, “Help Thanks Wow: The Three Essential Prayers.” Back in June, the beloved author of “Operating Instructions: A Journal of My Son’s First Year” packed the house with its sequel, “Some Assembly Required: A Journal of My Son’s First Son” with Sam Lamott, the now-grown subject of “Operating Instructions.” During their national book tour together, Sam urged mom to “get with it” and created Facebook and Twitter accounts for her to chronicle their adventures. Her Facebook status updates/miniature essays now entertain more than 87,000 fans. Before hopping a flight to Atlanta, Lamott discussed her slim new 103-page essay on prayer during two days off  tour relaxing at home in Northern California.

A: [Laughs] Well, the second book is really an accident. I never foresaw it when I was on tour this year at all. I wrote this book on prayer because my publisher asked me to. I wrote it quickly and they published it quickly. I never would have agreed to this but I’m very, very glad it’s all going down the way it is! Plus, I love Atlanta. It’s always a joy to have a reason to come back there.

Q: I have friends who have said the only time they go to church is when Anne Lamott is in town doing a signing. Let’s backtrack to June and your “Some Assembly Required” tour with Sam. What did you learn about your son on that tour together?

A: The main thing I learned is how much we can all blow each other away by just showing up. Woody Allen famously said that “80 percent of life is just showing up” and that’s really true. I honestly didn’t know what to expect. Sam had watched me be on tour his entire life and he traveled a lot with me when he was younger. By time he was 10, he didn’t want to come anymore. Everywhere we went, everyone fell in love with him and he was dignified and adorable. I was just so proud of him. You never know what someone is going to be like on stage when there are several hundred people in the room gaping at them!

Q: Where did this “accident” “Help Thanks Wow” originate?

A: I’ve always prayed “Help Me, Help Me!” and “Thank You, Thank You!” because they always seem like the most natural prayers. Then, about 10 years ago, a lot of times I found myself saying in silence “Wow!” I would be troubled or fixated on something when I was praying and suddenly I would be sitting on the step with the dogs or something and feel this sense of happiness. It would cause me to say “Wow!” That’s when I realized the three great prayers are focused on those three words. I don’t understand much theologically but it’s amazing when you get  to that place of help. That’s the toughest prayer. Because we’re admitting surrender, we admit that we don’t know what’s happening. and how’s it’s all going to turn out and that we’re out of really good ideas. Thanks is more natural. It’s like being a kid again. “Like ‘Thank you, The coin landed right. My family caught a break. The car is OK. It’s not the transmission, it’s the timing belt. It’s a couple hundred dollars instead of $2,000.” It’s just about stopping the train of unconsciousness and saying to a power higher than yourself who may be listening, “Hi, help me, thank you, wow, I have happiness again. My heart feels wider again. I feel generosity again.” And that’s the greatest feeling on earth.

Q: You have a really diverse fan base you’ve accumulated over these 20-plus years. Many of your readers may not be faith-based or even want to think about religion. You write that you grew up in a household with parents like that. Is this book a tougher sell for you than a book like “Some Assembly Required?”

A: Well, “Some Assembly Required” was a journal so that is a little easier than most things we write. You can write 250 words and only 100 of them are interesting so you have something to pick and choose from there. This book in a lot of ways is like [Lamott’s best-selling book on writing] “Bird By Bird,” sort of everything I know about prayer that might be useful. It’s short, it’s only about 45 manuscript pages. It’s kind of like an owner’s manual, the way “Bird By Bird” was for writing. To me, it’s not a hard sell at all, quite the opposite. Everywhere I go, people are really trying to find a way to a power greater than themselves, a way to have a spiritual life even if they were brutalized by the religion of their childhood.

Q: In “Help Thanks Wow,” you describe your childhood and your parents this way: “They worshipped at the church of the New York Times and we bowed down before our antique h-fi cabinet, which held the Ark of the Covenant — Miles Davis and Thelonious Monk albums. So, to recap, my parents, who were too hip and intellectual to pray, worshipped mostly mentally ill junkies.”  You write that as a child you had to pray when your parents were out and you and your brother were with a babysitter. So, essentially, it sounds like you grew up on the set of that old NBC sitcom “Family Ties?”

A: [Laughs] Yeah, I know. I was the Republican in the family! We were a very, very left wing, culturally progressive and avant garde family. But my father had been raised by Christian missionaries in Japan and he really hated the church and organized religion. I’m not huge on organized religion either, to tell you the truth. It makes such a mockery of so much that I believe is beautiful and good in the world and what Jesus was about, which was really about service. Taking care of the poor and those who are suffering. But yeah, I grew up being taught that it was ludicrous to think that there was this sort of Casper the Friendly Ghost in the sky and when you said “Hi,” he heard Annie Lamott down there on Esperanza Street because she was scared about her first day in second grade.

Q: As you’ve described it to your Facebook followers recently, Sam created a monster when he introduced you to social media earlier this year. You’ve gone from being skeptical to being a fan. As a writer, how useful a tool is social media to you?

A: I’m not sure, really. But it makes my publisher really happy and that’s a major consideration. It seems that a lot of people who come to my events now, find out about them on Facebook and Twitter. It creates such a down to earth, friendly exchange. Both my publisher and my son, who just sometimes rolls his eyes at me because I’m so pathetic, technologically speaking, they both said, “You have to get with it! It’s 2012.” This is the way people find out about books now. There are so few book sections and book features being published anymore. I sort of got tricked into doing it and then found out that I loved it. But I’m still not sold on 140-characters though. I tried to start an Occupy Twitter movement to try and get it up to 240 letters. But then, I would just want more. It’s really challenging to put a thought into 140 characters!

Anne Lamott will speak and sign copies of “Help Thanks Wow” tonight at 7 p.m. at the Georgia Center for the Book-sponsored appearance at Decatur First Baptist Church in Decatur. Doors open at 6 p.m. Seating is first-come, first-serve.