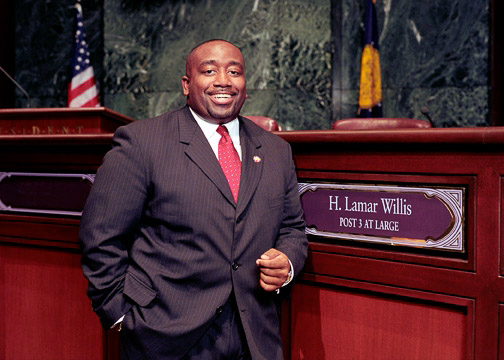 Back in December, the Atlanta City Council raised some eyebrows by giving itself a future salary increase far beyond the typical cost-of-living, consumer-price-index variety. When the dust settled on the 10–4 vote, council pay for the upcoming term jumped more than 50 percent, to just over $60,000 beginning in 2014.

Now, for the record, the Atlanta council’s compensation has long lagged behind that of most similarly sized city governments. While the job is technically part-time, the many committee meetings and work sessions can easily suck up much a council member’s days, with evening and weekend hours claimed by community functions and other constituent-related obligations.

At the moment, there don’t seem to be any council members for whom a paycheck isn’t a concern, unlike, say, the case with Clair Muller, Mary Norwood, or Barbara Asher in previous years. As a result, the council is fairly evenly split between members who eke out a living on their city salaries and those who work full- or part-time on the side.

However, in voting themselves a pay raise, the council members seem to have made their jobs significantly more attractive to others.

With Mayor Kasim Reed having already announced his reelection bid, there’s no expectation of the kind of council reshuffling that places place during a mayoral transition. In fact, sources say that all fifteen council incumbents — plus president Ceasar Mitchell — hope to keep their seats, which would make this the first election in many years in which no one has retired, stepped aside, or opted to run for another position. By contrast, there were six open seats in the last citywide elections in 2009, and another six incumbents who skated to reelection without opposition.

And yet, for the 2013 race, folks have already begun stepping forward to mount challenges.

In District 1, which stretches from Ormewood Park to Mechanicsville, community activist Robert Welsh has thrown his hat into the ring against Carla Smith.

District 2, including Inman Park, the Old Fourth Ward, and much of Downtown, had seen two hopefuls taking on Kwanza Hall: attorney Todd Robinson and marketing professional Jon Jones, but Robinson has already dropped out.

The reverend Darrion Fletcher, a community activist, will make his second consecutive run for Ivory Young’s District 3 seat, which represents Vine City and other points west.

Torry Lewis, a doctoral candidate in political science at Clark Atlanta University, is gunning for Cleta Winslow’s spot in District 4, which includes the West End.

In District 5, which runs from Cabbagetown to Kirkwood, the challenger to Natalyn Achibong is real estate professional Matt Rinker.

Lastly, for at-large Post 3, embattled Councilman Lamar Willis (pictured)—who has been hit with fines from both the Fulton County Superior Court and the city ethics board for mismanaging a charity, and who now faces disbarment—has picked up a pair of opponents, former state representative Ralph Long and Shelitha Robertson, a former staff attorney for the city of Atlanta.

While this makes only seven contested races so far, keep in mind that it’s the first week of March and the official qualifying deadline isn’t until the last week of August. In 2009, for instance, eventual District 6 winner Alex Wan didn’t announce his bid until late May—and was followed by two other candidates.
It looks to us as if money talks—and it’s telling people that they finally can make a decent wage on the Atlanta City Council.