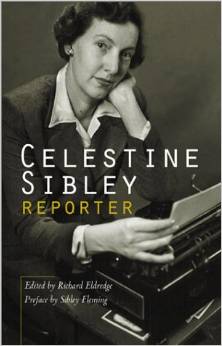 “Child, what are you up to?” Instantly recognizing the voice behind me, I froze midway into shoving the crumpled dollar bill into the brown interoffice memo envelope. It was the morning of October 3, 1995. In Los Angeles, the verdict was about to be read in the O.J. Simpson trial. And on the eighth floor of the Atlanta Journal-Constitution’s Features Department, I was collecting up the office pool. As the department’s unofficial class clown/kid brother and a writer for the paper’s Peach Buzz column (the copy desk lovingly referred to me as Buzz Boy), this was in my job description. The voice behind me belonged to Celestine Sibley, a newspapering icon and state treasure. Red-faced, I explained to “ma’am” what in the hell I was doing (I never, ever called her Celestine. I had grown up reading her, after all). She toddled off and I assumed she was on her way upstairs to demand that the publisher fire me and then tie me to printing presses in the basement and use my blood to pump out the afternoon’s Extra edition. A minute later, Celestine handed me a dollar and said, “Put me down for a guilty.”

As her readers stop and remember Celestine Sibley Friday on the centennial of her birth, many of her admirers will only recall her as that sweet great-grandmother who wrote about baking gingerbread and gardening maladies at her beloved Sweet Apple cabin. But those of us who worked beside her downtown at 72 Marietta Street knew that inside that sweet exterior beat the heart of the Atlanta Constitution’s Murder Queen.

The woman adored a good homicide. And the gorier and the more maniacally twisted, the better. In 1948, the paper dispatched her to Coweta County to cover the John Wallace murder trial. The Midnight in the Garden of Good and Evil of its time, the trial featured everything, including an eccentric fortuneteller witness Miss Mayhaley Lancaster. Celestine got an exclusive with Miss Mayhaley and Wallace got the chair.

A decade later, Celestine was in Macon to cover the trial of Anjette Lyles, a restaurant operator who solved the petty annoyances in her life with arsenic. These annoyances included two husbands, a mother-in-law and her nine-year-old daughter. On the eve of her execution, Celestine went to death row to interview Lyles, whose sentence was later commuted to Milledgeville, a state psychiatric facility. Celestine noted the irony of Lyles’ work duties at the hospital — she was sentenced to work in the kitchen, baking birthday cakes for the staff and inmates.

The Malignant Heart, Celestine’s first book, published in 1958, was a murder mystery featuring a female reporter named Katy Kincaid, who worked, not so coincidentally, at an Atlanta newspaper. The book’s title was derived from Section 26 of the Georgia Criminal Code. On page one, Katy’s least favorite editor shows up dead on Katy’s desk with a copy spike through the heart.
Because the press run was small, The Malignant Heart became the Holy Grail for Celestine Sibley readers in the era before eBay. After locating a copy and presenting it to her in her office to be autographed, Celestine squinted at the First Edition mark and pointedly asked, “Child, you didn’t squander a week’s worth of grocery money on this, did you?” Finally, I mustered the courage to ask about the book’s pesky expired editor, long-rumored to be modeled on one of her former bosses. “Heavens, no!” Celestine told me. “It’s a work of fiction, after all.” She was smiling the entire time.
Years later, while researching a book on Celestine’s journalism, I interviewed retired Constitution editor Doris Lockerman. She opened our conversation with, “You know she killed me on page one of her first book, right?” I just smiled and replied, “Heavens, no!”

In the spring of 1999, I headed into Celestine’s office with my tape recorder. I told her I was there to get quotes for a bibliography I was writing on her 25 books. Her cancer had returned and she had quietly made the decision to stop treatment. Celestine knew and I knew precisely why I was running tape on her. For an hour, she let the phone calls roll to voice mail and we talked about her legacy.

“Being a reporter is one of the noblest things you can do in life,” she told me, sitting up straight at Henry Grady’s old roll top desk she had rescued from the basement. “Letting the people know. It’s really a holy cause. Time after time after time, in the middle of corruption and disgrace and bad politics, I’ve seen people come through and do for people. I write about someone in trouble and someone else rallies to help them. Through reporting, things can change.”

Those words open Celestine Sibley, Reporter, a 60-year collection of her newspaper journalism. Whenever I go to speak to students at the University of Georgia’s Grady College of Journalism or discuss the trade with today’s teens, I read that quote aloud, citing it as my definition of the word “reporter.” And each time, Celestine has an opportunity to share her wisdom with a new generation of budding murder queens and kings.