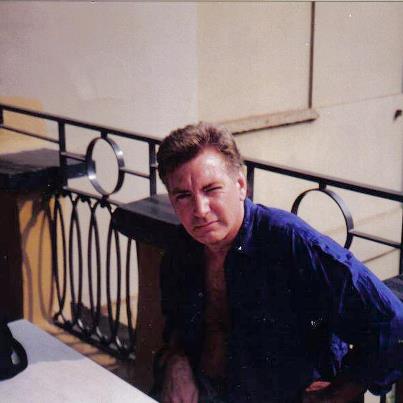 Twenty years ago, Phoenix-based singer Francine Reed moved into an apartment across the street from Blind Willie’s in Virginia-Highland, looking for a fresh start. Her requirements were few — she wanted a place to drop her suitcases and her weathered cast iron skillet and a local joint where she could sing. Within the week, friends had taken the featured vocalist in Lyle Lovett’s Large Band to Fuzzy’s Place to hear the house band, Java Monkey. Within minutes of meeting her, the band’s drummer, veteran Atlanta musician and record producer Bryan Cole made her this promise: “I’m going to get you a record deal.”

Reed’s response? “Yeah, right.” The singer had been hearing that particular line most of her adult life. But months later, Reed was in the studio recording her debut album, “I Want You to Love Me” for Ichiban International with Cole behind the mixing board producing the project and her boss, Lyle Lovett, who was sweet on a Smyrna gal named Julia Roberts at the time, popping by to record a duet of his song “Why I Don’t Know” with her. “I was actually in the studio, making a record and it was amazing and it was all due to Bryan,” she says. “I always put Bryan way up on a pedestal. His intelligence, his knowledge of music, his connections. Well, he was just the man to me and a treasured friend.”

On Sunday from 4 p.m. to midnight, Reed and dozens of Cole’s musical friends will gather at Smith’s Olde Bar to celebrate Cole’s all too short life. Last month, Cole, who had been plagued with heart ailments for the past 12 years, survived one surgery to repair damage from an aneurysm in his aorta but passed away following another. Money raised at Sunday’s benefit will help pay Cole’s hospital bills and assist his widow, Lisa Cole.

The line-up includes The Lucky Ones at 4 p.m., followed by Mike Veal Band at 5 p.m., League of Decency at 6 p.m., Ichiban All-Stars featuring Sandra Hall and Theodis Ealey at 7 p.m., Boss Tweed at 8 p.m., the Georgia Satellites at 10 p.m. and Java Monkey with Francine Reed at 11 p.m.

After Cole and Reed’s success with “I Want You to Love Me,” a European tour followed with The Shadows and a more R&B-tinged second album, “Can’t Make It On My Own” was released in 1999. She remembers: “He was a compassionate producer, he kept it relaxed in the studio and very cool. There was never a ‘Why can’t you get this?!’ kind of vibe at all. It was almost like recording with Lyle. I got the same feeling. It was more like, ‘Golly, that was really great but can you do it again?’ Bryan was incredibly kind to someone who didn’t know what in the hell they were doing. And that someone would be me. He had a lot of respect for singers. A lot of folks in this business will take a singer and put her on the back burner and leave her there to sizzle. But Bryan made sure you were taken care of and you were respected and then you sounded your best.”

Singers loved being produced by Cole. In her trademark fashion, Reed runs it down for real: “He was a good looking man, OK?! Bryan was very easy on the eyes, baby. He was fine, fine. You’d look through the glass in the studio at that fine man smiling at you with that soft-spoken, deep Southern accent of his? Hello. I would have done anything that man asked me to do. It just happened to be recording that he wanted me to do!”

In 1999, the pair reunited with Edd Miller and Jimmy O’Neill at CMO Studio in Atlanta to record “Shades of Blue,” the most artistically adventurous album of Reed’s career. “‘Shades of Blue’ was a revelation,” Reed says. “Bryan wanted to present me on record the way I had always wanted to be presented —as a jazz singer. That’s why I moved to Atlanta. To sing jazz. I didn’t come here to sing no blues. I didn’t come here to learn no blues. I didn’t come here knowing any blues except for a few choice songs I could get away with. Bryan said to me, ‘We should let you do what you’ve always wanted to do on this one, Frani.’ And the next thing I knew, my voice was being mixed with the string players from the Atlanta Symphony Orchestra! I mean, oh my God.”

Ultimately, the pair split the difference to keep Reed’s blues fans happy. The first half of the concept album showcased Reed singing standards like “The Man That Got Away” and the second half was dedicated to barn burners like “I’m a Handful,” written for Reed by Marvin and Raven Taylor. “Suddenly, Bryan had these songwriters coming out of the woodwork bringing him songs for me to sing for the album,” Reed recalls. “He just had that charm and that chutzpah that made things happen.”

Friend Marvin Taylor has added guitars to “Driving,” a final song Cole was working on with Sean O’Rourke and finished it as a tribute to him. Proceeds from downloads will go to Cole’s wife Lisa.

When Francine Reed gets up on stage with Cole’s former band Sunday night to close out the celebration, the singer says she’s going to keep it simple: “I’m just going to tell the folks that I love him. I love him and I always will. That should be enough.”