Home Film G-CAPP turns 18: You only do this kind of work well if... 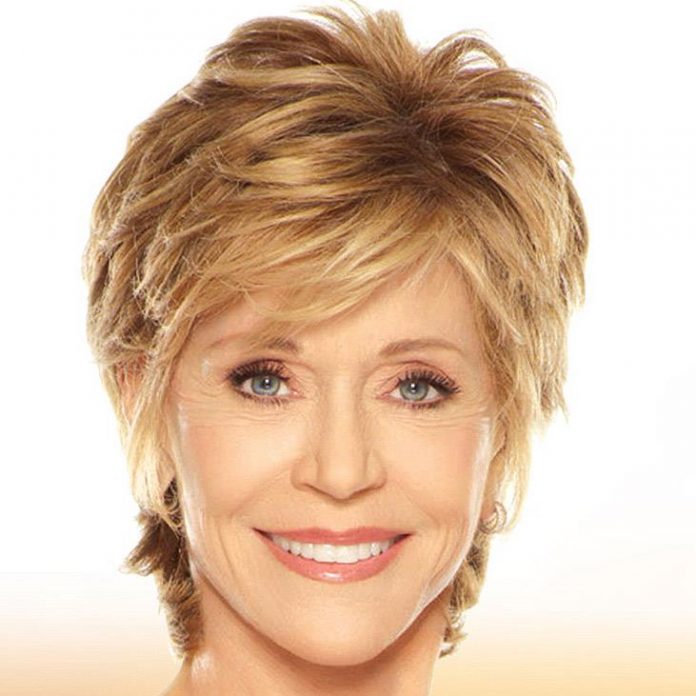 Perennial interviewee Jane Fonda will be the one asking the questions at tonight’s annual Empower Party benefit for Georgia Campaign for Adolescent Power and Potential. In front of a sold-out crowd in the Georgia Aquarium ballroom, G-CAPP’s founder will interview CNN chief medical correspondent Dr. Sanjay Gupta as the nonprofit advances its teen pregnancy prevention mission to include adolescent health and well being. In an exclusive interview with Atlanta magazine, the 75-year-old two-time Oscar winner discusses what’s on her notepad for Dr. Gupta, what’s next for G-CAPP, shooting that Twitter trending “You will resign when I fire you out of petty malice and not before!” Newsroom scene and how ex-hubby Ted Turner introduced her to the stupid joys of Dumb and Dumber.

Q: Did you know a certain Emmy-winning friend of yours is here in town filming the Dumb and Dumber sequel with Jim Carrey?

A: Yes! He likes it a lot too. I’m so excited that Jeff Daniels and Jim Carrey are doing the sequel too because it’s one of my favorite movies.

Q: Back when the original was made in 1994, Ted Turner owned New Line Cinema, the studio that produced it, correct?

A: That’s right. And I got to know Jeff because he was in Ted’s [1993] Gettysburg film. We went and visited the set and Jeff was there and was so brilliant in the movie. That’s where I first got introduced to him and we became friends. I never screamed so loud on Emmy night when Jeff’s name was announced!

Q: So, Atlanta aficionado, have you given Mr. Daniels any restaurant recommendations?

A: That’s a great idea. I will do that. And they will be, let’s see: Ted’s Montana Grill on Luckie Street, Peachtree or Piedmont, the new Watershed, of course, Bacchanalia, Restaurant Eugene, and that wonderful old place on Ponce? Mary Mac’s Tea Room. I love that restaurant and he needs to see that since it was one of the first integrated restaurants in Atlanta.

Q: Of course, I have to ask you about that now-legendary scene with you, Jeff, Sam Waterston and Emily Mortimer from season two of The Newsroom. Your character, ACN owner Leona Lansing is high, she’s in this gorgeous gown, she’s just come in from not meeting Daniel Craig at the Skyfall premiere, thanks to Hurricane Sandy and she walks into a late-night meeting with her staff as everyone is on the brink of resigning…

Q: When you got that Red Team III episode script, what was your reaction?

A: I wanted to get down on my knees and kiss [Newsroom creator] Aaron Sorkin’s big toe. That is one of the best scenes ever written for an actor. He likes to write for Leona. She had a great scene in the last episode of season two as well.

Q: In three minutes and 42 seconds, you go from comedy to pathos to high drama…

A: It was great fun. I memorize things easily so I had a good time. When I came on the set and we did our first rehearsal, I just did it from beginning to end with no script. It was already in my brain.

Q: A lot of folks don’t watch television live anymore so many of us discovered Leona’s classic piece of dialogue from that scene — “You will resign when I fire you out of petty malice and not before!” — when it blew up on Facebook and Twitter.

A: That’s the way it goes these days (laughs)!I knew the scene would blow up but I didn’t know which line people would like best. My favorite was getting to lean over Jeff Daniels and say, “Well, you should want to look like Daniel Craig. Everyone should.” Are you kidding? I’m having a blast. I hope HBO gives us a third season. Television is where it’s at these days. It’s certainly where the best writing is. Sunday nights are such a big night, too. The finale of Breaking Bad *and* the season premiere of Homeland? I know where I’ll be.

Q: Your old China Syndrome friend Michael Douglas won big for the HBO Liberace biopic Behind the Candelabra too…

A: Isn’t he wonderful? But let’s also give a shout out to Matt Damon. It all worked because of him. Michael was right. The Emmy should have been cut in two.

Q: At last year’s Empower Party, you first made the announcement that G-CAPP would now stand for Georgia Campaign for Adolescent Power and Potential and would expand its pregnancy prevention mission to also take on the challenges of adolescent health and obesity. Eighteen years into G-CAPP’s mission, isn’t it the very nature of a nonprofit to evolve as G-CAPP is doing?

A: Well, if you’re a good organization, you evolve, that’s right. The playing field changes. But you evolve within the same arena. Our goal has always been to help adolescents in the state of Georgia find and take advantage of opportunities and have a healthy, productive life. Teen pregnancy rates have gone down and that’s still the major part of what we do. You have to address the issue of teen pregnancy because it impacts so much of the totality of a teen’s life. It also impacts the finances of the state of Georgia because it is a very expensive problem. But there’s also the issue of health in the state, helping teens and their parents learn how to get healthy. How, even if you don’t have a lot of money, can you still eat healthily? How do you work in exercise? So, at this year’s Empower Party, we’ll be honoring [CNN chief medical correspondent] Sanjay Gupta and I’ll be asking him a lot of questions on these issues.

Q: What’s on your list to ask Dr. Gupta?

A: One of the big ones is how do we teach parents and kids how to eat healthily when they live in [an urban] food desert? I also want to ask, having been in so many conflict zones, if he’s experienced [post traumatic stress disorder]. He also produced that brilliant Weed documentary for CNN. But most of my questions will focus on adolescent health and well-being.

Q: Since my Atlanta magazine story was published after last year’s Empower Party, I’ve found myself engaged in conversations with many Atlantans asking about G-CAPP’s name change. Having covered G-CAPP’s work for so many years, it was kind of a no-brainer to see this evolution because the overall mission of self-esteem and helping young people tap that inner compass has always been hardwired into what you do since you can’t isolate those elements out of the teen pregnancy issue. What’s your perspective on that?

A: You’re right. They’re all tied together. The third component, of course, is healthy relationships. The question I get asked the most by teenagers, especially girls, is “How do I know the relationship is real?” As opposed to “Is he just trying to seduce me?” So we want to focus a lot on healthy relationships, how to identify them and how to make sure you’re not getting involved in one that isn’t healthy.

Q: I can’t help but think back to your autobiography and all of those relationships you chronicled, the challenges you worked through, processed and overcame to get to where you are now in life. Is this why the healthy relationships component is important for you as you work with this next generation of young people?

A: That’s why I’m drawn to this work. You only do this kind of work well if it’s something in your gut and you’re passionate about it. I just spent three years writing a book for teens. It’s about the body, sexuality, relationships, love, bullying, cyber bullying and gender identity. It’s a comprehensive book for teens that will be coming out in March and the profits will go to G-CAPP.

Q: The current teen birth rate in Georgia has dropped by 45 percent since G-CAPP started in 1995. Jane, is it doable to have that statistic up to 50 percent by the time G-CAPP turns 20 in 2015?

A: I think it is. Kids are realizing more and more the importance of using protection, not just to prevent pregnancy but to prevent very serious STDs. There’s also LARCs [long acting reversible contraception] out there now. These are incredibly beneficial. Girls now have these and they don’t have to worry as much. There are new technologies out there now helping us protect against pregnancy. But the best thing? There’s been more education and conversation about it. More information is available. And hopefully, G-CAPP is a part of that education and conversation.