Home News & Opinion Transportation What I learned riding the rails 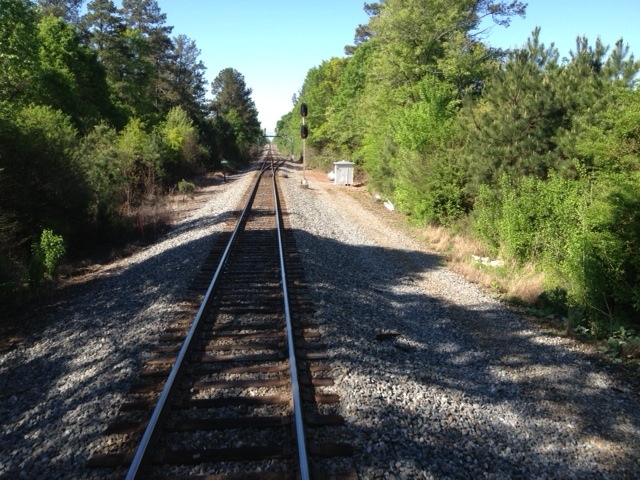 “Come with me,” says the deep voice belonging to the tall bald man in the blue blazer who plucks me from my seat and leads me to back of the train.

Ambush. I knew it. I’ve been lured onto this refitted 1949 Pullman car rolling smoothly along the Norfolk Southern line that runs from New Orleans through Northeast Georgia en route to Greensboro, North Carolina by a sweet old lady. Now as Blue Blazer leads me through the heavy metal door to the restricted caboose, I fear the worst.

It all started with our April cover package, “50 Things Every Atlantan Must Do” No. 20 is an endorsement to go trainspotting—to find a spot along the miles and miles of rail that crisscross our city and take in the roaring spectacle of a passing train. At the end of the short entry, in which our source, a lifelong railfan, extolls the virtues of the hobby, we warn you that the practice of encroaching on the railroad-owned right-of-way is technically trespassing, but admittedly, we shrug off the transgression as “part of the fun.”

As author of the piece in question, I was forwarded the call from Jennie Glasgow, Georgia State Coordinator for Operation Lifesaver, a nonprofit raising awareness for railroad grade crossing safety. She was concerned that our magazine was advocating dangerous, lawless behavior. She wasn’t angry. On the contrary she was eager to invite me on an informational trip from Duluth to Greenville, South Carolina, during which I would sit through a short presentation on railway safety, and see what the engineer sees on monitors piped into a locomotive-mounted camera. “Take the day off work,” she said. “It’ll be fun.”

My first hint that something was amiss was when I boarded and found myself the lone journalist on the expedition—surrounded by government officials, including security and police officers, badges on holstered belts, mustaches trimmed, guns at the ready. But Glasgow quickly found me in my cushioned window seat and sat next to me and made sure I knew there were refreshments in the other car. She handed me a packet of information she wanted me to pass on to any readers who have added “trainspotting” to their Atlanta bucket lists. For instance, last year there were 1,953 collisions at railroad crossings across the United States—eighty-six in Georgia, which ranks No. 5 in the nation. Glasgow noted that the ranking does not take into account the size of the state, which contains 1,778 miles of track. Seven Georgians died in those collisions. This I knew, having written about one such death in our December 2012 issue.

And as for trespassing—the behavior I had suggested to you, dear reader—it had resulted in fourteen deaths (ninth most in the U.S.) and another fourteen injuries. “The train has the right of way 100 percent of the time,” Glasgow read from her stat sheet. “And it takes the length of eighteen football fields to stop the average train.” When I pointed out that, on the monitor, I had seen a gentleman standing by the tracks, taking a picture as our train departed, she just shook her head.

It is then that Blue Blazer appeared. Glasgow had me blocked in and fogged with statistics when her henchman arrived. She was in on it the whole time.

I trudge toward my fate as I follow Blue Blazer through the rocking passenger cars into the bright windowed caboose, until we reach a seating area at the very rear of the train. There, a larger, bespectacled Blue Blazer sits, talking to two tall slender men. The conversation ends as soon as I arrive.

“Gentlemen,” says Blue Blazer II. “Could we have some privacy?”

Blue Blazer II turns out to be Bill Barringer, Jr., director of grade crossing safety for Norfolk Southern, He thanks me for coming and says he and his company are very concerned with the glamorization of trespassing on railroad property, that this careless behavior has led to thousands of senseless injuries and deaths. He repeats many of Glasgow’s statistics, and thanks me for coming along today.

Then silence as I wait for the hammer—some sort of lashing for my insolence and recklessness. But it never comes. We shift to chit-chat about the resurrection of the railroad industry and the complicated science of dispatching so many trains seamlessly on the same track. Barringer and the original Blue Blazer take me outside to let the wind through my hair as I watch the pines and red clay blow by at sixty miles per hour on the same route that carried soldiers north and south during the Civil War.

After a very pleasant twenty minutes or so, I return to my seat. It only takes a moment for Glasgow to find me. And whether, like me, she had expected the worst of my meeting, or perhaps she sees my wind-whipped face and disheveled hair, she asks: “Do you need a hug?” 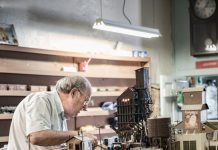 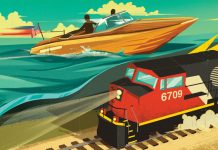