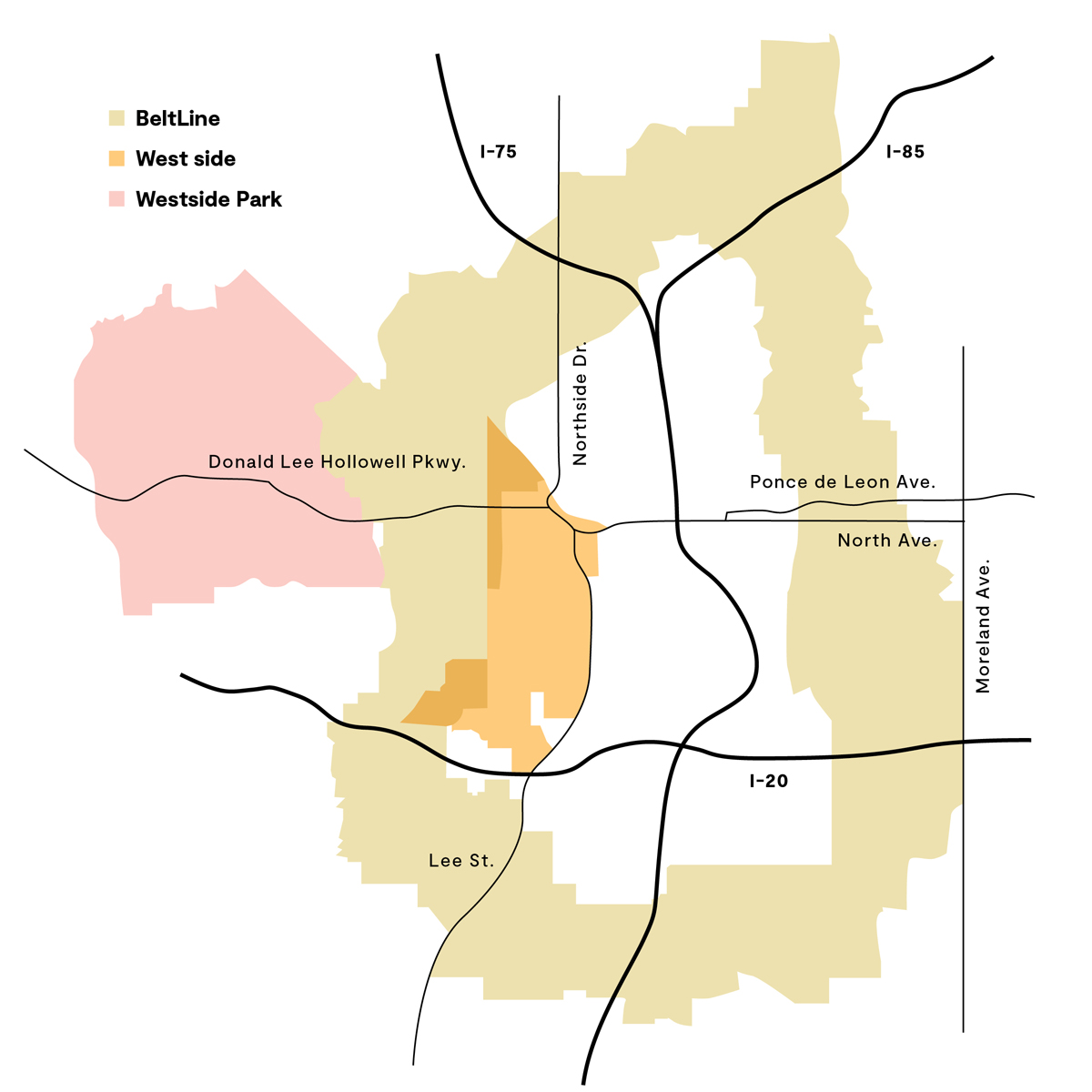 Five years ago, then Atlanta City Councilmember Andre Dickens championed legislation that put real estate developers on notice: If you want to build swanky apartment complexes in the city’s fastest-gentrifying areas, you need to reserve a few units for people who typically couldn’t afford to live there—or pay a fine.

The system is called inclusionary zoning, and when it comes to creating mixed-income communities, it’s working. Sort of. To date, the city’s inclusionary zones—located along the BeltLine and in parts of the west side—have yielded 983 apartments that could be considered “affordable,” with another 1,300 units in the pipeline. In a city where rent hikes are outpacing wage increases and hundreds of affordable units vanish annually, at least it’s something. But experts say it’s far from enough.

Here’s how inclusionary zoning works, how it doesn’t, and how the system could grow to provide more affordable homes.

There’s also a relatively new inclusionary zone, which encompasses the communities wrapped around Westside Park (and is separate from the aforementioned west-side neighborhoods). There, developers have a third option that’s intended to spur the creation of what housing experts call “deep affordability”: Set aside fewer new apartments, just 5 percent, and price them for even lower-income households—those earning 30 percent of the AMI or less (around $26,000 for a family of four).

Why not?
Dan Immergluck, a Georgia State University urban studies professor, said there are at least two reasons: First, the penalty is high enough to entice developers to just bite the bullet and provide affordable units; and second, because Atlanta’s current set-aside options are weak enough not to scare off developers. If city officials reworked their inclusionary zoning policies to require more affordable units at cheaper price points, in addition to developers delivering more truly affordable units, others might opt instead to pay into the trust fund. That money would go toward developing, rehabilitating, and reconstructing even more affordable housing.

“The magic is, you want some uptake of the in-lieu fee, but you don’t want them all just going to it,” Immergluck said.

When Dickens, now Atlanta’s mayor, was pushing that original inclusionary zoning legislation, he was met with pushback from developers and landlords, Immergluck added. “There was talk that the city might be sued because of the state’s rent-control prohibition,” he said. “But I don’t conflate them at all.”

As of press time, the City Council was considering introducing the deeper-affordability, 30 percent AMI set-aside available around Westside Park to the two original inclusionary zones. The option, which has not yet been exercised by any developers, wouldn’t produce as many affordable units, but the units it did create would be more helpful for the Atlantans most in need.

To truly beef up inclusionary zoning’s impact on the housing affordability crisis, though, serious government funding is required, Immergluck said: “Without much more subsidy, inclusionary zoning will only affect moderate-income people, not low-income people.” The people who most need affordable housing are those making below 50 percent AMI, he said. You can’t reach those people in big numbers without city, state, and/or federal government subsidies.

So, what needs to happen for the program to evolve in that way?
Such measures would surely draw pushback from investors and luxury apartment developers. “The new developments are Class A properties, nice properties,” Immergluck said. “They don’t want to be told they have to accept low-income people in their properties. It’s not their target market. It’s not their target demographic—and I mean that both by race and class.”

Dickens would need to throw his full weight behind the idea, Cardinale and Immergluck said. Cardinale, who advocated for the third inclusionary zoning option (providing housing for people making less than 30 percent of the AMI), said lobbying the city council to adopt the policy, battling staunch opposition along the way, “was like a 15-year battle with the devil.”

Mayor’s Office spokesperson Michael Smith said in a statement that Dickens is “committed to using every tool we have at our disposal to reach our 20,000-affordable housing unit goal,” a campaign promise the mayor set to accomplish before 2026, “and is actively exploring improvements to IZ in Atlanta.”

If I need affordable housing, how do I find it in inclusionary zones?
That’s much easier said than done. “To inquire about the availability of IZ units and apply for housing, the public should contact the property manager for the particular development they are interested in,” said Josh Humphries, the city’s director of housing and community development.

We reached out to the eight complexes in inclusionary zones that had come online as of April. One responded: a BeltLine-neighboring community with 30 of its 35 units priced for families making at or below 60 percent of the AMI. Stan Sugarman, cofounder of construction company Stryant Investments, said of his apartment complex Academy Lofts at Adair Court, “I think we were full in about 60 days, just because the housing shortage is so overwhelming right now.”