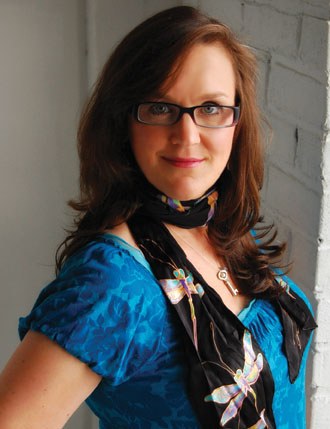 Joshilyn Jackson has always called herself a “small” writer, more interested in people and relationships than huge themes. But increasingly, big ideas keep creeping into her work. Someone Else’s Love Story (William Morrow) includes a virgin birth, a sacrifice, and a resurrection—along with lesser everyday miracles that raise questions about destiny, loss, human connections, and faith itself.

Finely drawn characters make the miraculous plausible, from the opening hostage scene in a North Georgia convenience store to an ending that hits the mark of “surprising yet inevitable” mastered and articulated by Flannery O’Connor. “I always want to write toward that ideal,” Jackson says.

The two main characters meet on the first page: Shandi is a young single mother of a three-year-old superkid, and William is a brilliant, hulking geneticist with Asperger’s syndrome who positions himself directly between a gunman and Shandi’s toddler. “I fell in love with William Ashe at gunpoint, in a Circle K,” Jackson writes in Shandi’s voice. “We were both staring down the barrel of an ancient, creaky .32 that could kill us just as dead as a really nice gun could.”

William’s opening act of bravery isn’t exactly what it seems, but nothing ever really is in Jackson’s bighearted fiction. Surprises are inevitable.

Mollusks The character of William went through so many incarnations. At first he was someone who studies mollusks in North Georgia, so I did a month of research on mollusks. And you know what? Mollusks are just so freaking boring!

Her Characters I was in love with William, and I wanted to write his story, but every time I thought about him, I just got so sad. Then along comes Shandi. There’s that gray rock of William, and Shandi is just like a hammer who smashes him open—and it’s all diamonds up in there.

Religious Themes
I write character-driven novels, but I like a big old scoop of plot. I always want theme in the car too. These religious themes are in all my novels; they were just quieter before. I have so much shooting and kissing going on in the earlier books, it’s harder to see what I’m doing thematically. I think the religious elements are more buried, less deliberate, less controlled in those earlier books.

Writing It never gets easier! I’ve been doing this long enough to recognize the stages of mental illness I will go through to write the book. But just like the five stages of grief, recognizing the stage you’re in doesn’t save you from going through it! It’s just awful. But I love it.

This story originally appeared in our November 2013 issue.