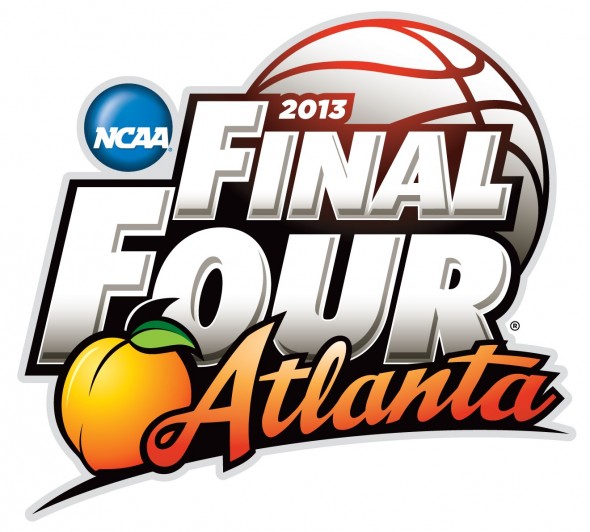 That’s how NCAA President Mark Emmert described the Final Four tournament in Atlanta to a packed ballroom during a lunchtime appearance downtown today.

Actually, with tonight’s championship game left to go, he did append a small caveat. “It’s been spectacular so far,” Emmert said when asked how he was enjoying his experience in our city overseeing one of the biggest events in all of college sports. He also took a moment to praise local tournament organizers, some of whom were in the room, and later hinted that the city could see the event return in the next few years.

The half-hour that the embattled NCAA leader spent chatting before the Rotary Club of Atlanta was likely the friendliest Q&A he’ll face all week. Last Thursday, shortly after arriving in town, he gave what many sportswriters are calling the most combative press conferences they’ve seen with an NCAA president. The organization has been under fire in the last year or two for overdoing sanctions against Penn State, and for falling short on investigations of Auburn, Miami, and others.

But the toughest question Emmert faced today came when former H.J. Russell CEO R.K. Sehgal asked if there might any other Jerry Sandusky-like scandals brewing out in college land. (The answer was basically, “Not that we know of.”)

Instead, Emmert was prompted to explain that he doesn’t favor pay-for-play for college athletes—because only a handful of schools make any money off sports; that the NCAA has no legal recourse against the “one and done” athletes who spend only a single year in school before joining the NBA; and that his organization actively supports research into making sports safer.

Finally, Metro Atlanta Chamber President Sam Williams asked the question that likely was on most people’s minds: Does the news that Atlanta will be building a shiny new stadium increase the city’s chances of getting a future Final Four tournament?

“Your mayor has been all over me on this one,” said Emmert, to laughter. “I have no doubt we’ll be back sometime soon.”

But the fact is that the timing of the recent votes to approve an open-air stadium could hardly have been better. NCAA schools get together only every few years to decide where to hold upcoming tournament games; this summer, they’ll meet to determine which cities will get hosting honors from 2017-2020. That means Atlanta would, technically, be eligible to host its next Final Four as early as 2018, the same year the new stadium is scheduled to be completed.

Also, the folks behind college football’s Bowl Championship Series were in town this week to see how the city holds up under the strain of a big sports weekend. As had been observed, it’s been spectacular so far.