At first glance, the two central characters in New York Times best-selling Atlanta author Emily Giffin’s 11th novel, Meant to Be, out May 31, may feel familiar for those of us who remember the super-secret 1996 Georgia coastal wedding of John F. Kennedy, Jr. and Carolyn Bessette on Cumberland Island. But this being an Giffin novel, the writer creatively crafts a fresh flight plan for her star-crossed couple: Joe S. Kingsley III, the son of a NASA astronaut tragically killed aboard Apollo 1, and Cate Cooper, a Calvin Klein model-turned business woman. Giffin spoke to Atlanta magazine about separating fact from fiction and the Kingsleys from the Kennedys. 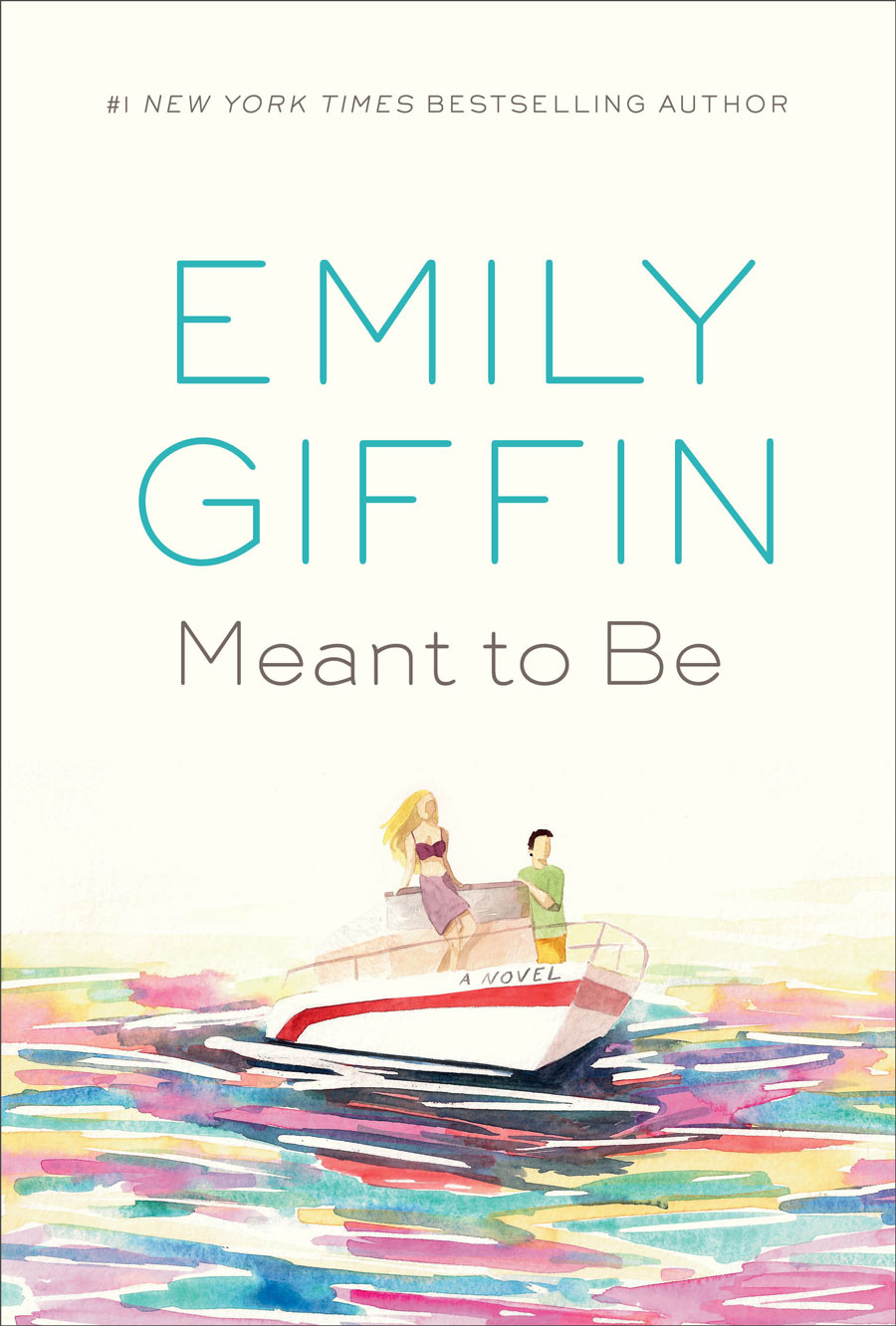 In the author’s note, you tell readers you inherited your Kennedy family fascination from your mom. So much has been written about them over the decades. When did you realize you had a fresh twist on this story?

I always thought in the back of my mind that I wanted to explore the Kennedys. But I didn’t want to write nonfiction or do a historical novel. I was more inspired by the what-ifs the family represented. There were so many layers to that I wanted explore. I reshuffled the historical deck a bit and made my character Joe Kingsley’s father an astronaut. At that time, next to presidents, NASA astronauts and their wives represented the glamour of that era. In that way, Joe could inherit those expectations of the nation.

Your character Cate is a bit older than you. Was it fun doing the research to get those details from her childhood exactly right, from the Judy Blume books to the very JFK Jr.-like swimsuit photo of Joe with that shark’s tooth necklace on her bedroom wall?

I was definitely in the camp that would have followed John F. Kennedy Jr. more closely than say, Duran Duran or the Brat Pack actors from St. Elmo’s Fire. I was always intrigued by what JFK Jr. was doing, quite possibly, because my mother was interested in the family as well. He was 10 years older than I was, and I remember vividly when he was dating actress Daryl Hannah. We all wanted to best for him after losing his father so tragically. I wanted that happy ending for him when he married Carolyn Bessette. And yes, like Cate in the book, I definitely remember that swimsuit photo of him! I may have been too old to have a poster on my wall or a photo taped to the door of my locker, but I definitely remember that bronzed skin and shaggy hair.

One of the most gratifying aspects of Meant to Be for readers is getting to experience those intimate moments between this couple. Was it fun to imagine and then create those scenes and bring them to life?

Definitely, because I always wondered what they were like in private. Before their tragic end, it was easy for all of us to assume they had charmed glamorous lives. But as a writer, it was interesting to look at the pressures and anxieties there as well. What it must have been like for her to be dating the most eligible bachelor in the world while the whole world was watching. About halfway through the writing, they became separate from the Kennedys for me and became Cate and Joe, especially Cate, whose life ended up departing quite a bit from Carolyn Bessette’s, who had a very different upper middle class background than the one I created for Cate. Joe and Cate became their own characters and I just ended up following their lead.

I write chronologically so I was able to write from each of their perspectives all the way through. There were times when I found I was repeating a lot of plot from both viewpoints so in the editing process, I trimmed some of that down so it didn’t feel to redundant to the reader. But I kept the things where I felt it was important in terms of the plot to differentiate the viewpoints of what was going on in their heads. It was also more fun to jump from viewpoint to viewpoint. It kept the story fresh for me.

A lot of your readers follow you on social media, and you’ve not been shy about stating your opinion on social issues, whether it’s politics, the 2020 election, the tragedy of the Kabul bombing in Afghanistan or even where you stood on the Buckhead cityhood movement. Some of your readers don’t share your viewpoints. What made you decide to speak out?

I went through a lot of years without making my views public. I didn’t feel like I had to. But now, I feel like I have a moral obligation to speak out. For me, it’s not about political parties, it’s about moral and ethical things. Even if you disagree with me, my readers know I write books about flawed, messy complicated characters who often do unsympathetic things. As a writer, I hope they are still able to root for them and see that I create empathy for them. I can see things from multiple directions. It’s who I am, it’s what makes my fiction work. I hate the notion of losing readers over politics, and I know my publisher does too. It’s my hope that people understand that it’s coming from a good place. I try to respect everyone’s voice in the conversation.

Speaking of your Instagram account, in December you posted the title page of a new screenplay for your 2006 novel Baby Proof. Of course, your book Something Borrowed was made into a 2011 romantic comedy. What can you tell us about upcoming adaptations of your novels?

There are a number of titles—The Lies That Bind, All I’ve Ever Wanted, and Baby Proof—that we’re working on. And yes, there is a Baby Proof screenplay we’re hoping to take in a small indie film direction. I worked on adapting Baby Proof with one of my best friends from college, Marc Blucas, and Justin Zackham. But Hollywood development can be very slow, so I always just try to focus on writing the books because it’s something I can control. But I love that so many of the things we’re all now streaming are coming from original works by female writers. It’s work that is now far more respected than it was 10 or 20 years ago. It’s now called “women’s fiction” and not “chick lit.” Things are definitely moving in a positive direction.

On Wednesday, June 1 at 7 p.m., Emily Giffin will discuss Meant to Be in conversation with Mara Davis at the Atlanta History Center’s McElreath Hall, following by a book-signing. For tickets and more info, go the AHC website.

On July 17 at 7 p.m., a book party will be held for Giffin at Huff Harrington Home. For details, visit.