Home News & Opinion Should Atlanta bid on the 2024 Olympics? “No,” says Andrew Young 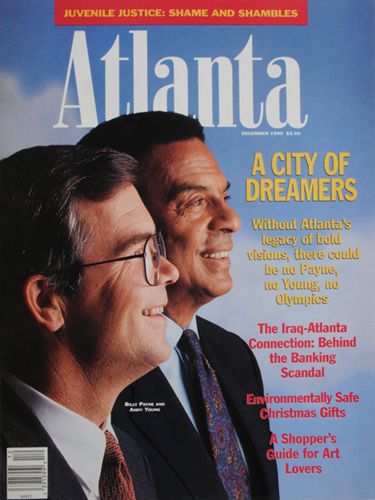 The Associated Press reports today that the U.S. Olympic Committee sent letters to thirty-five big city mayors—Atlanta’s Kasim Reed among them—asking if they might be interested in hosting the 2024 Summer Games.

So, should Atlanta, the last U.S. city to host the summer games, toss its hat back into those Olympic rings? “No,” said Andrew Young, who helped bring the Games here in 1996, emphatically. “In the first place, I don’t feel like going through it again, and I don’t imagine anyone from 1996 will. It’s a ten-year commitment.”

Young, the former mayor who co-led Atlanta’s bid efforts with Billy Payne, said: “We have other things we need to do that are going to command our attention—transportation, water resources. There are a lot of problems we need to take care of.”

That said, “Hosting the Olympics is good for any city,” said Young. Serving as host raised Atlanta’s profile, generated goodwill, boosted the local and regional economy, and produced long-term infrastructure improvements like Centennial Park and Turner Field. “Everyone benefited, from hotels to businesses. Well, everyone but the AJC; they treated it as a negative. But let’s not pick on them.”

Young, mentor to Reed, said that he’d never ask our current mayor to pursue the Games. “It’s not something you ask someone to do. It’s such a long commitment. In the same way I wouldn’t advise someone to become a preacher or a politician. It’s like a religious calling.”

That said, if Reed did feel called, Young would offer advice, as he would to the mayor of any U.S. city, he said. The private-sector, nonprofit model used by Atlanta and L.A. is the only way to host the Games in his book. “We didn’t use any taxpayer money. In fact, we gave money back to the government,” he said. “It didn’t cost people who live here a thing.”

“Atlantans don’t remember that now; otherwise they wouldn’t complain about the new dome,” he said. “The dome would pay for itself and generate opportunity for all of us.”