Hopping across the pond to London is about to get a lot hipper. Virgin Atlantic, the British airline founded in 1984 by Sir Richard Branson, will take over a daily route from Delta on October 26. Come March, they’ll add a route to Manchester and another summer route to London. It’s the first time Virgin will be in the Atlanta market. (Basically, we’re Virgin virgins.)

Yesterday, two lipsticked flight attendants stopped by our office, clad in sleek, new red uniforms designed by punk fashion icon Vivienne Westwood. Today, the crew has been making stops all over town in a red Mini Countryman—the Newell Rubbermaid headquarters, the W Hotel Midtown (with Kwanza Hall), the U.K. Consulate, with possible visits on deck for the Fox Theatre, Scoutmob and Mailchimp headquarters, and Rathbun Steak. At each destination, they roll out a red carpet and come bearing red velvet cupcakes, bubbly, and more.

Why this is cool: Virgin puts a big emphasis on fun and experience. They were the first airline to provide in-flight entertainment screens at every seat. In the “upper-class” cabins of every plane, there’s a “futuristic” bar—“the longest in the sky”—where passengers can mingle. It’s a company that prides itself on hiring for personality and training for skill. Recently, its customer service conducted a pilot trial of Google Glass and Sony smart watches, which was reportedly a raging success.

Maybe the best news of all? Since 2012, Virgin has had a joint venture with Delta, meaning for all you Delta loyalists, your perks will hold. You can earn and redeem miles, and Diamond, Platinum, and Gold Medallion members will get access to some of the Virgin Atlantic clubhouses. (We’ve heard the one at Heathrow has a hot tub, if you’re into that sort of thing.) 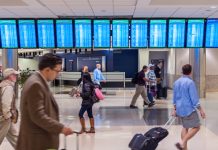 Your guide to booking cheap flights from Atlanta 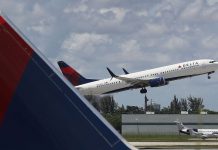 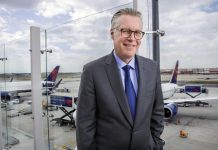