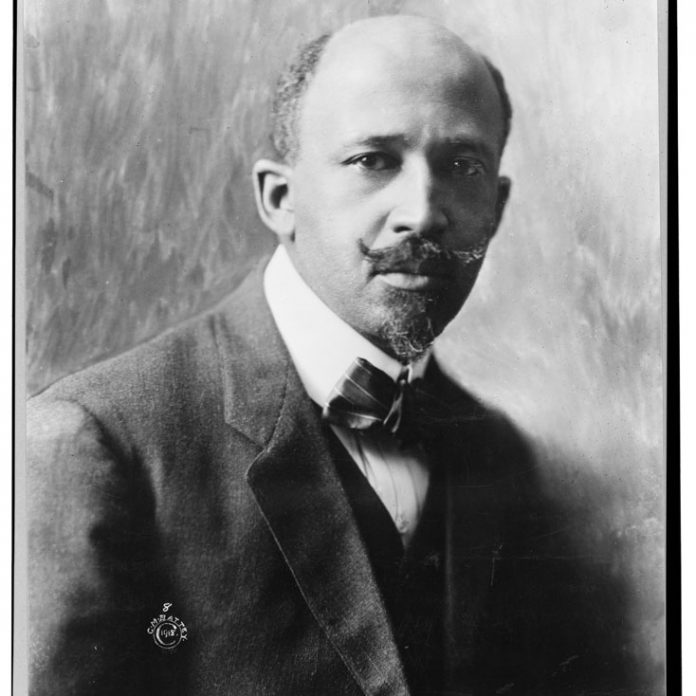 There’s no single, clear reason why, in late 1943, Atlanta University president Rufus Clement unceremoniously fired W.E.B. Du Bois, the university’s most acclaimed academic. But here’s the thing: The administration did not need a solitary excuse to dump Du Bois. There were so many to choose from.

For starters, while at the missionary-founded university, the agnostic sociologist produced scholarship questioning the black church. And despite his groundbreaking research on Southern blacks, William Edward Burghardt Du Bois, a New Englander and celebrated Haahvud man, kept his distance from Southern-born colleagues and Atlanta neighbors.

It didn’t help that he’d insulted Spelman College president and AU board member Florence Read, saying Read, who was white and served as a direct connection to New York benefactors, “didn’t care about black people—or anyone else for that matter.”

On top of it all, he no longer had the protection of his chief supporter, former AU and Morehouse president John Hope, who had died in 1936. “No matter what Clement might have considered doing to help Du Bois, Florence Read controlled the purse strings,” says Carlton Brown, the current president of AU’s successor institution, Clark Atlanta University.

The administration might have foreseen what time would later prove: The stubborn septuagenarian scholar was not ready to retire. (Indeed, he would work until his death at age ninety-five.)

News of Du Bois’s termination caused a stir. Alumni decried the move. Students at AU, Morehouse, and Spelman sent a letter calling for Du Bois’s reinstatement. Academics such as Melville Herkovitz, founder of Northwestern’s anthropology department, protested. But the AU faculty responded to their celebrated colleague’s canning halfheartedly. Self-preservation likely fueled their reaction; after all, if the university could up and fire its most prominent professor without a pension, what would that mean for the rest of them? “In those days, faculty could not spend a lot of time being outraged,” says Brown.

All the complaints helped Du Bois get an emeritus title and a pension, but they didn’t win back his job. In 1944, when his contract was up, Du Bois left Atlanta.

Firing aside, Du Bois never represented a point of shame for the university, but neither did CAU aggressively link itself to its former faculty star. Few associate Du Bois with CAU the way, for example, Morehouse College is linked to its most illustrious alum, Martin Luther King Jr.

But over the past year, Clark Atlanta has made a concerted effort to underscore its connection with Du Bois. The university has hosted a yearlong series of seminars on Du Bois that will culminate with this month’s conference, “W.E.B. Du Bois and the Wings of Atlanta,” which includes fifty institutions and more than 140 panelists—among them the former director of the W.E.B. Du Bois Memorial Centre in Ghana; poet Amiri Baraka; and Evelyn Jenkins Carroll, who studied under Du Bois at AU in the 1930s.

“We want to recognize the legacy of interdisciplinary excellence and research on campus that Du Bois represents,” says Stephanie Evans, the conference organizer and chair of CAU’s Department of African American Studies, Africana Women’s Studies, and History.

Convened a half century after Du Bois’s death, the conference will “resituate the legacy of Du Bois in the South and at Clark Atlanta,” explains Evans. In addition, it emphasizes graduate education at CAU, which, as part of the Atlanta University Center, also serves as the graduate school for Spelman and Morehouse.

So why is CAU undertaking an ambitious effort to reassociate itself with Du Bois now? “Because this is Du Bois’s intellectual home,” says Brown. Du Bois spent twenty-three years—the bulk of his teaching career—at AU: from 1897 to 1910, and again from 1934 to 1944. It fostered arguably his best work: He wrote his most prominent book, 1903’s The Souls of Black Folk, while at AU and also produced his finest historical scholarship, 1935’s Black Reconstruction, challenging conventional thinking on the post–Civil War South.

Brown and Evans were Du Bois experts before arriving in Atlanta. As an undergrad, Brown helped create the W.E.B. Du Bois Department of Afro-American Studies at the University of Massachusetts, Amherst—where Du Bois’s papers are housed. Evans is a Ph.D. graduate of that same department.

Du Bois’s pioneering sociology work began with a study on Philadelphia’s black community. But with no hope of a professorship at the University of Pennsylvania, the segregated institution funding the research, Atlanta University beckoned.

Du Bois—valedictorian of an all-white Massachusetts high school and the first black awarded a doctorate by Harvard— encountered the grim reality of life in the Jim Crow South and was motivated to explain society in a way that had not been done before.

Sociology was in its infancy, and Du Bois applied the emerging practice to produce some of the first—and finest—scholarship on African Americans, earning a name as a researcher, essayist,  and lecturer.

He also established a reputation as a political activist. Du Bois famously quarreled with the other preeminent black educator of the day, Booker T. Washington, deriding the slow-progress approach to equality that Washington championed in his 1895 “Atlanta Compromise” speech and critiquing the vocational focus of Washington’s Tuskegee Institute.

For all the professional successes he had here, Atlanta proved to be a “turning point” for Du Bois personally, explains another expert coming to the conference, Arthur McFarlane—who is also Du Bois’s great-grandson.

Foremost of Du Bois’s personal blows was the May 1899 death of his son, Burghardt, whom white doctors refused to treat.

Burghardt’s death came a month after Du Bois witnessed the sensationalized furor over the lynching of Sam Hose, a black farm laborer who was stripped, mutilated, and burned alive. The lynch mob took body parts as souvenirs; the owner of a Mitchell Street grocery store displayed Hose’s knuckles in his shop window. Du Bois later wrote of the event: “One could not be a calm, cool, and detached scientist while Negroes were lynched, murdered, and starved and . . . there was no such definite demand for scientific work of the sort that I was doing.”

According to McFarlane, the Hose lynching “turned my great-grandfather from someone who was just interested in the research and description of black people into someone who says, ‘We have to do something to change the plight of people.’”

That view catalyzed during the 1906 Atlanta Race Riot, when Du Bois rushed back to Atlanta from an Alabama research assignment, holed up in his on-campus home, and protected his family with  a shotgun.

Southern segregation so frustrated him that he rarely ventured off campus when he lived here.

Du Bois left AU for the first time in 1910 to help cofound the NAACP and to publish its magazine, The Crisis.

In 1933 John Hope, Clement’s predecessor and a close friend of Du Bois who knew the sociologist yearned to produce an encyclopedia on Africa and the African diaspora, convinced Du Bois that he could do that type of work if he returned to Atlanta. While the encyclopedia project never materialized, within two years Du Bois produced his magnum opus, Black Reconstruction.

After being fired from AU, Du Bois rejoined the NAACP staff, but he made the organization increasingly uncomfortable by associating with communist sympathizers like Paul Robeson and Shirley Graham (whom Du Bois married in 1951). He left the NAACP in 1948 and went on to support leftist and anti-war causes.

In the 1950s, McCarthyism made his connection with communist causes all the more difficult; he even faced trial. Although he was acquitted of “subversive activities,” his passport was taken away for a time.

In 1961 the government of Ghana agreed to fund Du Bois’s long-hoped-for Encyclopedia Africana, and Du Bois and Graham moved there at the bequest of its president, Kwame Nkrumah.

The feisty sociologist died in Accra, Ghana, on August 27, 1963, the eve of the March on Washington. His death was announced to the crowd by NAACP executive director Roy Wilkins.

Several of the academic programs Du Bois helped establish here, such as Clark Atlanta’s School of Social Work, thrive to this day, and the university is moving to create more tangible connections to his legacy. Late last year, CAU commissioned a bust of Du Bois to be installed on campus.

More important, however, may be Du Bois’s continued presence in the output of a new generation of scholars. Students in any number of majors refer to his books and articles. Candy Tate, a fourth- generation alumna who earned her Ph.D. in art history at CAU last spring, studied Du Bois’s works and taught them while she was a teaching intern.

Tate, who will be presenting a paper at the conference, considers Du Bois compelling because of his early, outspoken position on Egypt’s “Africanness,” at a time when sociologists and historians still treated Egyptian culture, art, and history as separate from the rest of the continent.

Tate’s dissertation was on Atlanta’s Black Arts Movement and the Neighborhood Arts Center in Mechanicsville, a program whose prominent works once included a mural at Auburn Avenue and Piedmont Road that featured Du Bois, Malcolm X, Martin Luther King Jr., and Marcus Garvey.

“With Du Bois and his political colleagues that share the mural influencing the Black Arts Movement, I would say his legacy is continuing to manifest in wonderful, flowing ripples,” says Tate. “Follow the waves.”

CLARK ATLANTA CELEBRATES THE DU BOIS LEGACY
*A yearlong seminar series on Du Bois culminates this month with “W.E.B. Du Bois and the Wings of Atlanta,” a four-day conference at the Atlanta University Center, February 20 to 23. More than 140 panelists from fifty institutions will take part. Find out more at cauduboislegacy.net