Dockery Farms, just east of Cleveland, Mississippi, is regarded as the birthplace of the blues. In the late 1800s, Will Dockery bought the former swampland to farm timber; later, he had it drained and began growing cotton. African-American workers from across the region descended on Dockery, and the farm grew to be 2,000 workers strong, with its own closed economy and thriving African-American culture. Dockery Farms became a center for African-American music and entertainment. Charley Patton, known as the Father of the Delta Blues, lived and worked at Dockery on and off for 30 years. He learned to play from his friends and mentors, and went on to influence other residents—notably Howlin’ Wolf, Willie Brown, Tommy Johnson, and Roebuck “Pops” Staples—establishing what we now know as the Delta Blues.

Today, eight of the plantation’s original buildings still stand, and the historic site, listed on the National Register of Historic Places, is open to the public. On the evening of Saturday, June 6, it will play host to a benefit concert by Rosanne Cash, who has referred to the upcoming performance as a coming back to the source.

She and her husband John Levanthal took several trips through the Mississippi and Arkansas Delta in recent years, and she credits that journey with inspiring the songs on her latest album The River & The Thread. In February, it won three Grammy Awards sweeping the categories in which it was nominated, including Best Americana Album, Best American Roots Song, and Best American Roots Performance for “A Feather’s Not a Bird.”

Cash says that much of the inspiration for the album comes from the stretch of highway from Greenwood, Mississippi, to the Mississippi River, and the very center of the creative spark is Dockery Farms. The plantation’s former cotton storage shed will become the stage as she soaks up even more blues history and shares experiences from her trips with the audience.

Gates open at 5 p.m. with “Cadillac” John Nolden, Bill Abel, and Jake and the Pearl Street Jumpers performing at sites spread across the grounds, from the refurbished Dockery gas station to the commissary porch. Eddie Cotton, Jr., winner of the 2015 International Blues Challenge, will open for Cash.

The concert benefits The Dockery Farms Foundation, which is working to ensure that Dockery will once again be a center for music education, serving both the general public and the local community. Over the last ten years, the foundation has restored many of the original buildings that made up the commercial center of Dockery Farms. It’s also partnered with the Thelonious Monk Institute of Jazz to bring music education programs to Delta schools.

For tickets to the show or to learn more about the Dockery Farms, visit dockeryfarms.org. 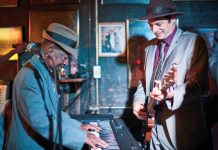 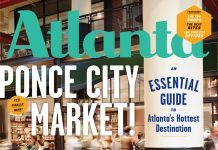