Home Uncategorized The State of Biscuits in Atlanta 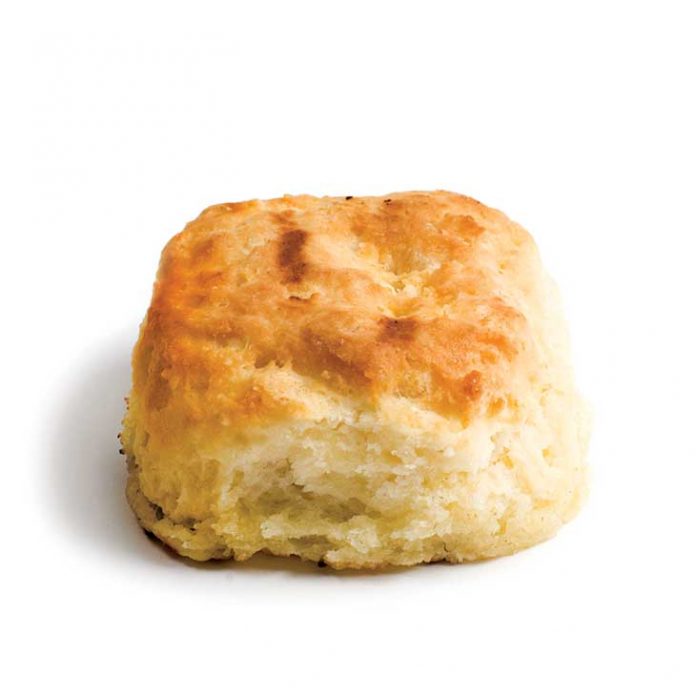 Biscuits have been keystones of the Southern table for more than a century. Before air-conditioning, they were beloved for their short baking time, which didn’t overheat the kitchen. In Culinary Ephemera, William Woys Weaver notes that biscuits became a calling card of the Bible Belt in part because they were leavened using baking powder rather than yeast, which is associated with alcohol. Still one of the emblems of the South, they’re now fashionable in hipster cities like Seattle and Portland, Oregon.

Biscuits don’t carry much cachet in Atlanta, though. Sure, you can find them in restaurants, but they don’t command center stage the way they do in, say, North Carolina, where locals start their mornings at breakfast spots like Biscuitville, a popular multilocation chain. Atlanta’s food artisans tend to look beyond the South, embracing European pastries or dolling up all-American treats like Pop-Tarts.

The biscuit most often associated with our city is, of course, the sturdy union of flour, butter, half-and-half, and heavy cream developed by chef April Moon for the Flying Biscuit Cafe. Former waitress Delia Champion, Emily Saliers of the Indigo Girls, and other partners opened the Candler Park original in 1993, and lines still trail out the doors on weekends. An indie joint no more, the business has been sold, and twelve additional franchises now operate throughout the South. I view its regular biscuits strictly as a delivery system for the cafe’s more justifiably famous cranberry-apple butter. I much prefer the restaurant’s soft, fragrant, whole-wheat iterations.

Don’t get me started on biscuits found in meat-and-threes and cafeterias. I cringe when I hear the question, “Do you want biscuit or cornbread?” I know what awaits me at the bottom of the metal bin: a zombie biscuit. These quick breads have a fleeting lifespan. No sooner are they out of the oven than they start deteriorating, their spirit departed by the time they cool.

Restaurants that use biscuits in dishes often bake ginormous variations suited for stuffing or slathering with sausage gravy. I am, for example, a big fan of the oft-imitated Comfy (an open-face homemade biscuit with fried chicken and sausage gravy) at Home Grown in Reynoldstown, but I’m not as enamored of the biscuit on its own with a pat of butter and a slick of grape jelly. The opposite is true for the fluffy, delicate buttermilk biscuits at Empire State South—perhaps the best in the city. Though they can be sandwiched with fried chicken or pimento cheese, they are at their most enjoyable when simply split in half and slathered with whipped butter and housemade preserves. The finely textured biscuits at Java Jive on Ponce de Leon are tender and simple, matching the restaurant’s retro virtues.

The border of Marietta and Kennesaw seems to be the one corner of the metro area where several biscuit-focused establishments thrive. The Red Eyed Mule, a charmingly scruffy breakfast-and-lunch cafe in Marietta not far from Kennesaw Mountain, holds the most appeal. Cooks pull trays from ovens throughout the morning and fill the gently brown biscuits with slivers of country ham, sausage (either pork or chicken), or bacon, egg, and American cheese. You won’t find a microwave on the premises; they destroy texture. If you spy a staffer in any restaurant pressing buttons to reheat these nuggets of Southern pride, run the other way—or at least ask him to stop. Even a cold biscuit is preferable to a nuked one.

Photograph by Caroline C. Kilgore. This article originally appeared in the November 2012 issue.