At Hilton Head, beautiful drives usually mean golf balls soaring over manicured fairways. But for one weekend every fall, motoring becomes the island’s preeminent pastime as hundreds of haute wheels and pristine vintage restorations roll onto South Carolina’s southernmost point. The 14th annual Hilton Head Island Motoring Festival & Concours d’Elegance (October 31 to November 1) will attract 15,000 classic car aficionados to the Port Royal Golf Club. The Life in the Suburbs exhibition takes a nostalgic look at the station wagons and service trucks that helped define the American dream in the commuter neighborhoods of the 1950s and 1960s.

On the block
Bid, buy, or gawk at the live auto auction (October 31) at the Westin Hilton Head Island Resort & Spa, the festival’s host hotel. Beauties include a restored 1957 Ford Thunderbird F-Code and a one-owner 1984 Ferrari 512 BBi with just 3,600 clicks on the odometer.

Hot wheels
The Concours d’Elegance (November 1) features 180 gleaming specimens in a wide variety of classes—from brass pre-1916 models and vintage motorcycles to spellbinding sports cars—all competing for best of show, an honor that was bestowed upon a 1938 Bugatti Type 57C last year.

In the air
At the inaugural Aero Expo (October 31), aircraft past and present will be paired with apropos cars. Sip cocktails and scope out the hangar the night before at the Flights & Fancy Aeroport Gala (tickets start at $150).

Two-wheelers
Bike rental shops abound on the island. Cycling on sand can be killer, but for a leisurely ride, hop on a fat-wheeled cruiser and pedal along the hard-packed beach at low tide.

What else to do
Steep yourself in natural history at the Coastal Discovery Museum. The 68-acre property brims with Lowcountry intrigue, from grazing Marsh Tacky horses (descendants of Colonial Spanish breeds) to a carnivorous plants bog. Stroll the marsh-front boardwalks, and check out the butterfly habitat. 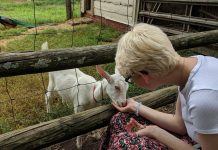