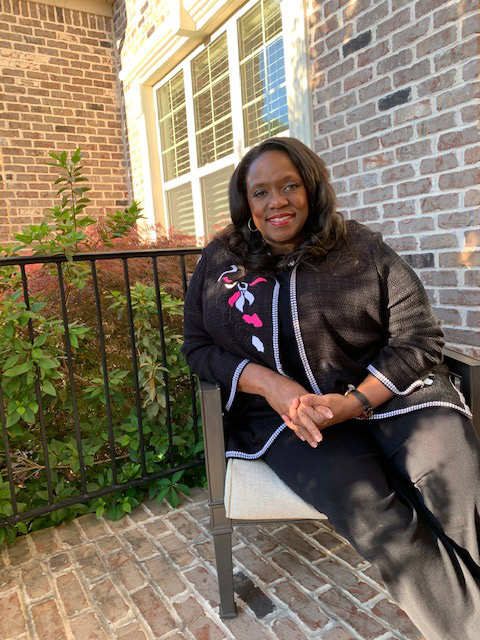 When Anita Johnson was eight years old, she scrawled her signature inside her family’s encyclopedia collection as “Dr. Johnson, MD.” Now 53, Johnson has worked at the cutting edge of breast cancer treatment for 25 years and serves as the director of breast surgical oncology at Cancer Treatment Centers of America (CTCA) in Atlanta. She still has one of those encyclopedias.

Her career in healthcare was fueled by her drive to care for women—a drive that was first sparked in childhood, when her mother fell ill and nearly died in an intensive care unit. That exposure, she says, inspired her to want to take care of people—and to offer them better care than her mother was given.

Johnson not only approaches each patient with compassion, but also with some of the most scientifically advanced treatment options available, which allow for earlier detection, better outcomes, and less invasive surgeries and therapies. One example is intraoperative radiation therapy (IORT), which allows patients to undergo one round of therapy during surgery rather than a weeks-long regimen. Thanks in part to Johnson’s efforts, CTCA was the first hospital in metro Atlanta to offer IORT.

Above all, Johnson appreciates giving women options. She proudly recalls one patient who had been told by another hospital that she needed a bilateral mastectomy. Johnson treated her and left behind only a hidden scar, and the patient—a hair stylist—proudly showed it off to all of her clients. “It’s bad enough to have a cancer diagnosis, but women don’t want to be disfigured, too,” she says. “I get joy from being able to give women options with equal or better outcomes.”

In 2019, Johnson collaborated with state Rep. Sharon Cooper to write Margie’s Law, which mandates that women with dense breast tissue must be informed by their doctors that they’re at a higher risk for breast cancer, and that insurance companies must cover their breast MRIs. “Research is important,” Johnson says, “but when research turns to policy, that’s when it’s really impactful.”