Home Uncategorized Blondie Strange as the face of our city? 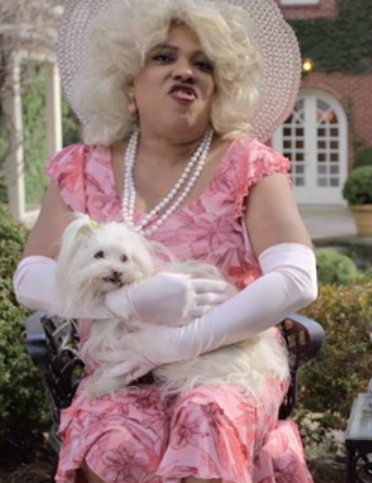 When Reconstruction-era booster Henry Grady first extolled the “New South,” did he envision Blondie Strange as the “face of Atlanta,” or would the sight of her dolled up as a belle in pearls and white gloves give him the vapors?

The seasoned, salty-tongued stripper at the Clermont Lounge, is, at least, the face of iris Worldwide’s annual contest called “A+: Student Ideas for a Better Atlanta,” a competition that challenges budding marketers at one of the country’s top advertising schools, The Creative Circus, to compete on projects that celebrate our local amenities for work and play.

Blondie was selected because of her “unconventional Atlanta icon status,” which makes sense because the African-American ecdysiast in the blond wig claims to have been a sort of X-rated civil rights pioneer, integrating the gentlemen’s clubs in a city renowned for both its racial harmony and its adult entertainment. With her trademark shtick of crushing beer cans between her breasts, she also has done her part for recycling, and this contest celebrates sustainability— with student assignments on the Atlanta BeltLine Partnership and the Atlanta Bicycle Coalition. (Last year’s winning entry brought in SweetWater Brewing Company, but, sorry, connoisseurs, Blondie only crushes PBR or Budweiser empties.)

In this promotional video for the contest, she manages to make the Golden Rule sound dirty, and proclaims: “If you don’t believe in Atlanta I’m gonna smack you upside the head with a titty!” 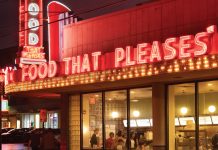 For the Love of Ponce