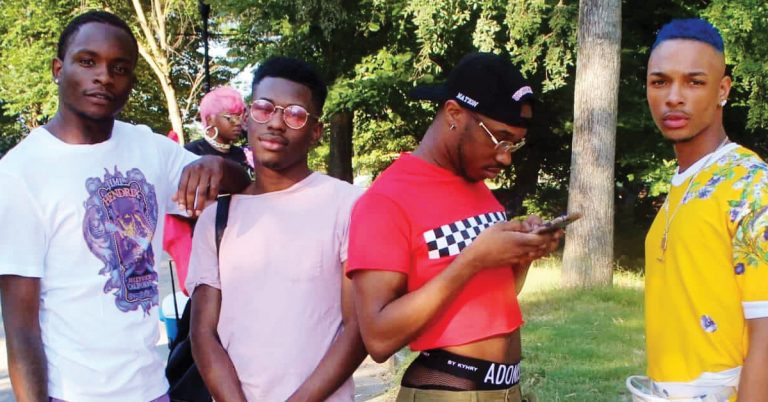 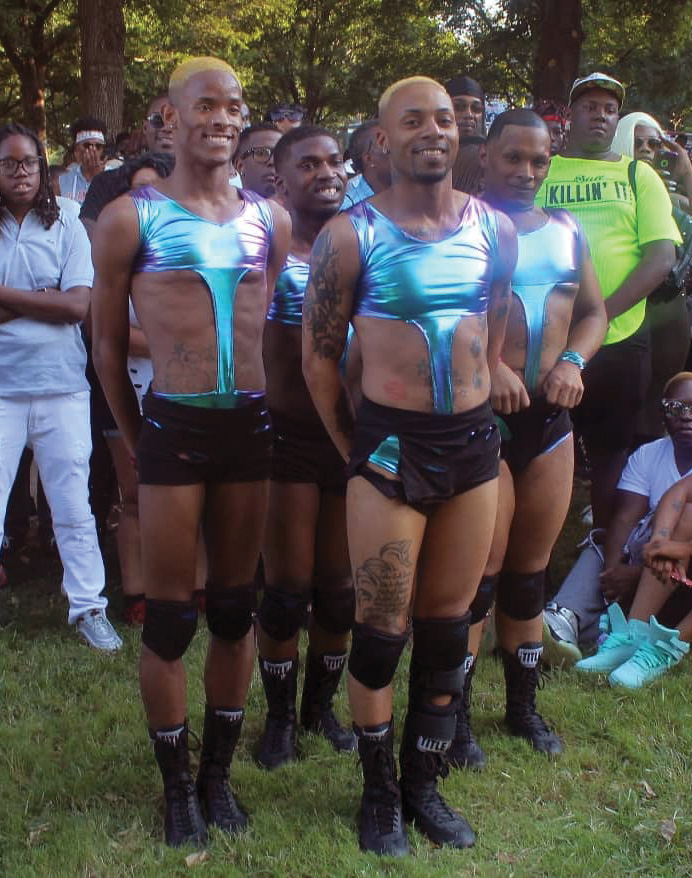 Duncan Teague was feeling cute after primping for his debut in Atlanta’s Black gay social scene in August 1984, but the recent college graduate from Kansas soon learned he was underdressed for a backyard soiree hosted by Henri McTerry.

“When I came out of the bedroom and went into the living room, I asked them, Why are y’all dressed like y’all are going to church? and they said, What in the hell do you have on?” recalls Teague, who now serves as minister for the Abundant Love Unitarian Universalist Congregation in West End. “They re-dressed me. They wouldn’t let me wear the little picnic outfit I had on because I dressed like I was going to a damn picnic.”

There were at least 200 immaculately attired attendees at McTerry’s barbecue that weekend. Witnessing such a gathering unlocked a new world for Teague.

“They were so beautiful,” Teague breathlessly remembers. “I had never seen an outdoor event during the daylight in somebody’s backyard with this many Black gay men—it was astounding.” 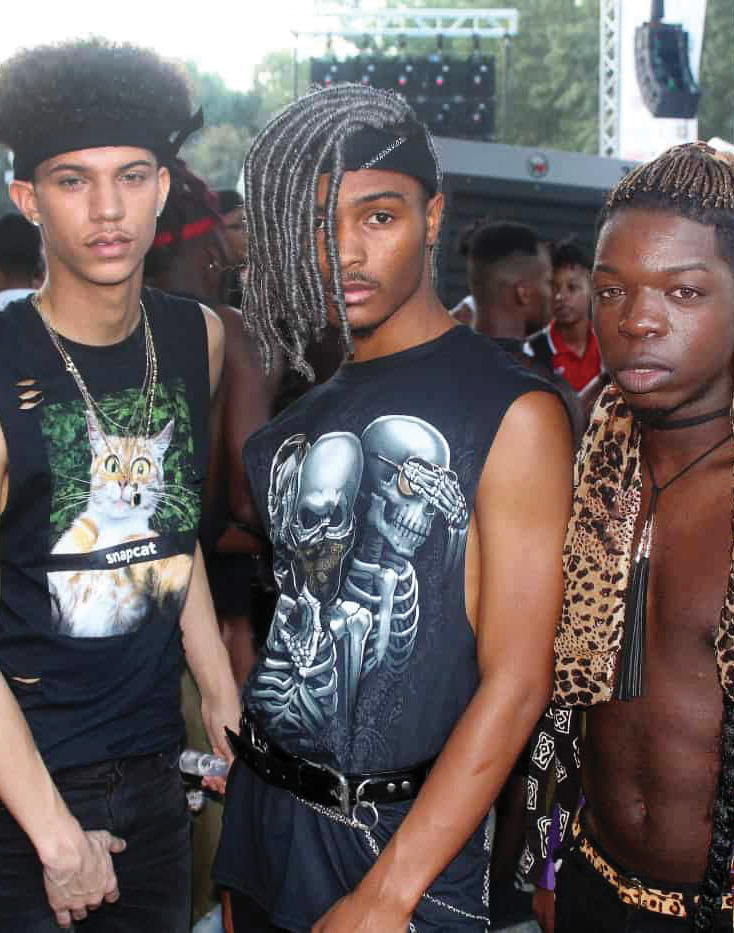 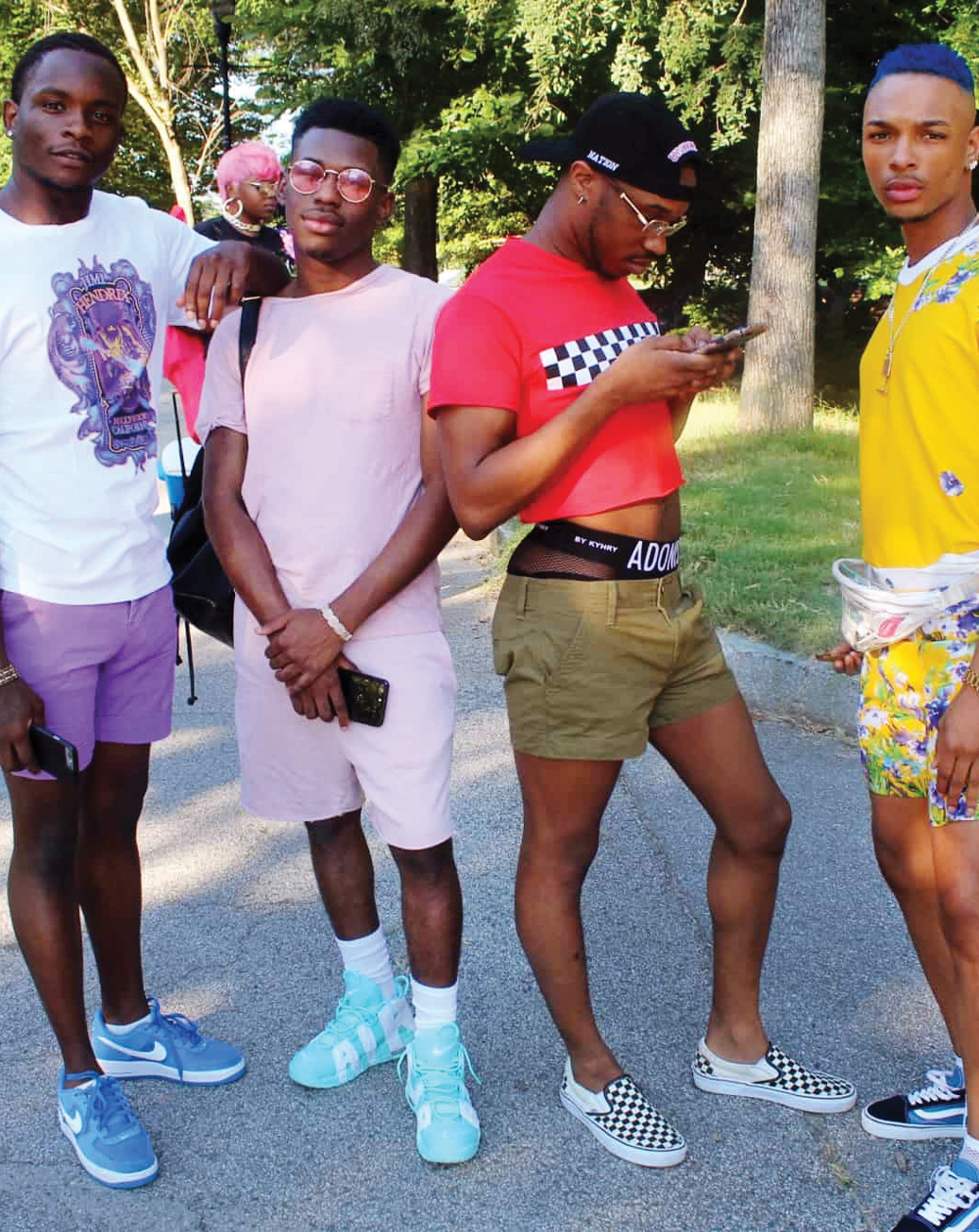 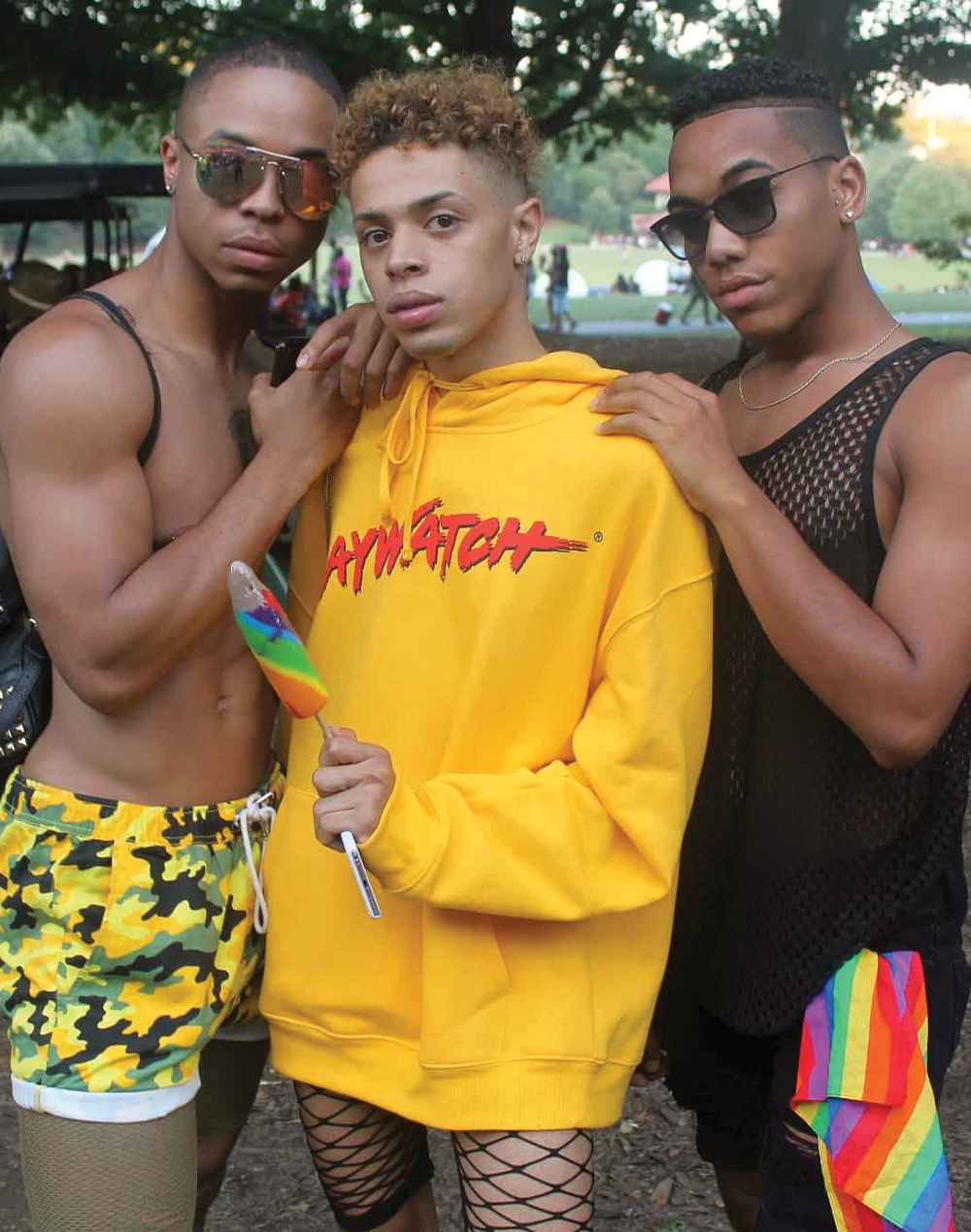 Teague would learn McTerry’s picnic was one of many Black gay gatherings occurring across the city every Labor Day, and those parties created a 40-year legacy of Black queer folks from across the country flocking to Atlanta during the final weekend of summer.

In the Life Atlanta (ITLA) was the first group to formalize the Labor Day celebrations into Black Gay Pride in 1996, by supplementing the weekend of partying with health workshops, poetry slams, panel discussions, and, occasionally, a march through Atlanta’s streets.
“We weren’t different or better than people who clearly came here for the bathhouse or clubs, but we really came for the whole cultural experience of what Black Gay Pride was about,” says Raymond R. Oquendo-Duke, former president of ITLA.

Atlanta has reigned supreme on the national Black LGBTQ+ Pride circuit by attracting stars like Nicki Minaj and Brandy and by evolving into a bona-fide summer festival with food and retail vendors in Piedmont Park—as LGBTQ+ families sprawl across picnic blankets like they once did in McTerry’s backyard.

Melissa Scott, owner of the promotion group Traxx Girls, which produces the Pure Heat Community Festival that is also part of the weekend, says, “Black people in Atlanta thrive, and so, when people come here, you get to feel the energy and the positivity of successful, educated people of color.” 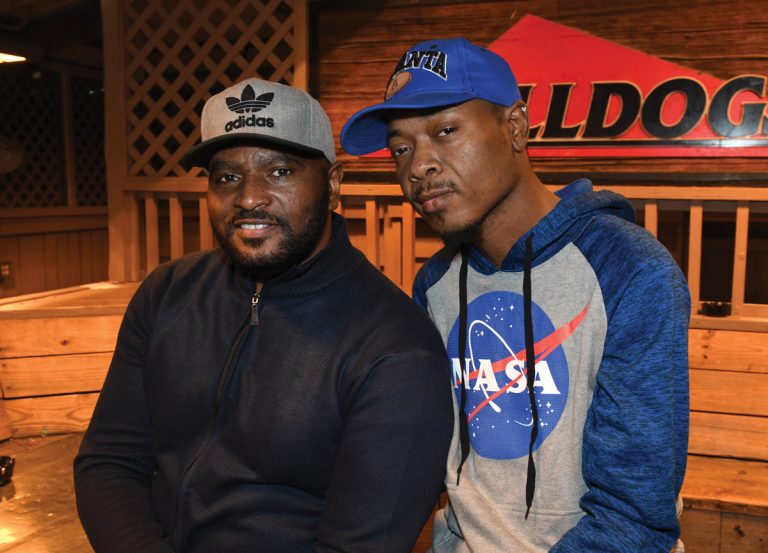 “It’s not just a landmark in Atlanta; it’s a landmark globally,” says Brent Cochran, operations manager at Bulldogs, which has been located in the heart of Midtown for 42 years. “I’ve had people who would come here from Paris tell me they knew this was where you had to go.”

Magellan Thompson was 22 years old when he arrived in Atlanta from Chicago during Black Pride weekend in 2012 and found himself at Bulldogs on his first day in town.

“We went over to Bulldogs after an event because I guess it was tradition,” says Thompson, owner of the clothing line 79th & Magallenes. Although Bulldogs is known for a mature crowd, it became Thompson’s favorite bar, and he considers it a guidepost for Black gay Atlanta, linking generations throughout decades of dynamic change—although it served a predominantly white clientele until the late 1980s.

“I think we would kind of be lost when it comes to nightlife without Bulldogs,” Thompson says of the bar that has been the only constant in a Black gay party scene which often feels transitional, with promoters renting venues across the city rather than hosting at a consistent location.

Atlanta would lose something if Bulldogs ever closed as well. The line of folks who begin gathering along Peachtree Street around 11 p.m. on weekends offers a broader representation of Black gay men than media depicts. From young men dressed for the runway and others buff enough to be a UGA running back to older professionals who look like they just left the boardroom, the regulars at Bulldogs provide a snapshot of why Atlanta is considered a Black gay Mecca.

Within a few years of Cochran starting to work as a doorman at Bulldogs in 1998, high-rise buildings were replacing gay bars and no-tell motels in Midtown, and the studio apartments and triplexes that attracted young queer people for decades were being phased out for single-family housing and condos. Bulldogs has outlasted other legendary gay clubs like Backstreet and the Armory, and it has stood its ground amid persistent threats from new neighbors and developers.

“It’s never-ending,” Cochran says of the pressures the bar faces in an evolving Midtown. Having withstood gentrification, the emergence of online dating, and even the AIDS epidemic, Bulldogs now tries to survive another crisis, the COVID-19 pandemic.

“Prior to the current conditions we’re all going through, I would have said there was no chance of us going anywhere at any time,” Cochran says. “I’m hopeful things will recover and we’ll weather the storm, but I can’t predict the future.”

Rumors of closure have become as much a part of Bulldogs’s lore as its heavyweight drinks, which Thompson attributes to how frequently venues come and go in Atlanta’s LGBTQ+ nightlife. Confident of the bar’s staying power, he says, “Pretty much everything closes, but Bulldogs doesn’t.”

In this Midtown cottage, layered fabrics and Asian finds create a laid-back vibe