Home Uncategorized How it feels to be in a police chase 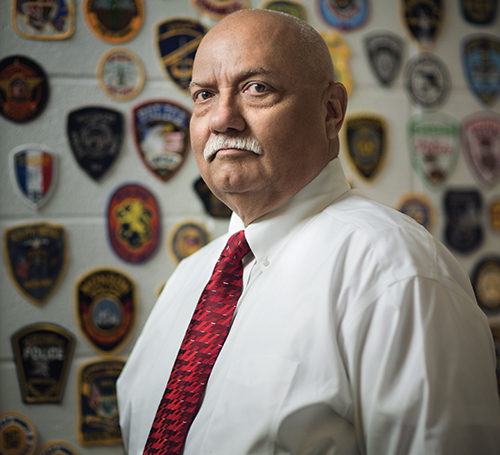 Chasing crooks isn’t what it used to be. Over the decades, as metro Atlanta swelled and police-pursuit tragedies multiplied, policies to eliminate on-duty deaths have come to govern chases. In 2011, Chief Gene Wilson used his cruiser to nudge a fleeing GMC Denali off the wet streets of his city, prompting the arrest of a serial bank robber behind the wheel.

It used to be, if somebody accelerated, we chased them. Didn’t really care what it was for. I’ve been in some use-of-force incidents, with people who were armed with weapons—from guns to knives to machetes to a baseball bat—and I think a chase may be more stressful. Our policy says you only chase if it’s a forcible felony; you try to run parallel routes with the person; you try to get out in front of them to put out stop sticks, or box them in, use the PIT [Pursuit Intervention Technique, a method of nudging a fleeing vehicle with a police car to force it into a controlled spin]. All of this is going through your mind. It’s almost hypnotic. You get so concentrated on that car that whatever he does, you’ll find yourself doing.

People will argue that pursuing [suspects] at all is a hazard, and they’re right. You cannot write policy and train all hazards away. It almost becomes a moral issue: If I let this person go, and the next time he robs a bank, he shoots Ms. Smith—are we kind of responsible that Ms. Smith isn’t with us anymore? You get out of the car after all this is over with, and you find yourself shaking.

If there’s any fun in it, it’ll probably be after it’s over with, if everybody’s safe, and if we get the guy.