Two weeks ago, metro Atlanta welcomed its first of many Whataburger locations slated to open in the coming year. Immediately, it was slammed with fans of the Texas-based franchise who braved hours-long lines for the fast food burger that many will say bests the oft-lauded In-N-Out Burger.

If you’ve never had Whataburger before, you might be curious what you’re missing. But much like its West Coast rival In-N-Out, if you go in without knowing the menu’s secrets and hacks, you’re not going to get the full experience and may be left confused as to what all the fanfare is about. Having grown up in Texas with Whataburger, I’ve learned the intricacies that really make it something special. If you follow the advice below, I promise you’ll end up with a tasty and memorable Whataburger trip:

1. Come hungry
Honestly, did you not expect a Texas-based fast food company to offer Texas-sized burgers? The traditional base Whataburger sandwich is huge—a four ounce patty on a five inch bun. Despite having the same weight as a McDonald’s Quarter Pounder, this burger packs 170 more calories. It’s also loaded with lettuce, mustard, tomato, pickles, and onions. You can even order it as a double or triple stack. A standard medium meal will come with a decent amount of fries and a 32oz drink. Of course, you can always upsize that to even more fries and a 44oz beverage if you’re really feeling peckish.

2. Don’t forget the cheese
Unless you’re ordering one of the meals that specify having cheese in the name or an All-Time Favorite sandwich, you’re not going to get cheese on your burger without asking. Get into the habit of asking for a “Whataburger with cheese” if you’re so inclined. For those wanting a double, a “double Whataburger with cheese” gets you a slice on only one patty. “Double cheese” will get you one on each.

3. Smaller sizes are available
Every sandwich can be ordered as a Junior, which has a smaller bun and patty.

4. And bigger isn’t always better
Let’s say you’ve decided to order a standard Whataburger. One thing I noticed early on in growing up in Texas was that a full-sized Whataburger doesn’t have as good of a meat-to-bread-to-toppings ratio as the double burger. And a double meat junior is about the same amount of food as a regular single-patty Whataburger. Simply put, I’d recommend ordering a double Whataburger Junior over a single regular Whataburger, especially if you like to load your burger with veggies.

5. Spicy Ketchup is delicious
As far as condiments go, Whataburger’s Fancy Ketchup was always beloved. About 10 years ago, the company introduced a jalapeño-infused blend aptly named Spicy Ketchup. You’ll want to ask for some of this for your fries. (Fun fact—if you really love it, you can order bottles of it online or find it in some metro Atlanta grocery stores.)

6. Breakfast isn’t just for the morning
Whataburger’s breakfast menu runs from 11:00 p.m. through 11:00 a.m, allowing you to both start and end your day with a Honey Butter Chicken Biscuit.

8. “Just like you like it” really means just that
Whataburger has used the catchphrase “Just like you like it” to describe themselves for as long as I can remember. They’re not lying either. There are over 36,000 permutations of a Whataburger once you start dialing in customization options. These can range from the simple “no pickles” and “add bacon” requests to adding grilled onions, jalapenos, and avocado; swapping the bun for Texas Toast; and more. You can even make changes to the All-Time Favorite sandwiches as well. If they serve it at the restaurant, you can ask for it. Pro tip—ask for gravy for dipping your fries.

9. There are special shakes available
In addition to the standard vanilla, chocolate, and strawberry shakes (and malts!), there’s always one flavor that rotates with the season. Currently on offer is a white chocolate raspberry shake. In the summertime, it’s not out of the ordinary to see the Dr. Pepper shake make a return. Oh, and like everything else, these things are huge. A small is 16 ounces, a medium is 20 ounces, and a large is a whopping 32 ounces of shakey goodness.

10. If you’re ready to drive to Kennesaw today, there’s a few things you should know
As of right now, the new Kennesaw location (705 Townpark Lane) is drive-thru only. They also aren’t accepting mobile orders yet. When you get up there, especially if it’s during peak meal hours, expect a long wait. During a recent test, we waited roughly 45 minutes around 7:00 p.m. on a weeknight. Don’t worry though, Whataburger is famously open 24 hours a day, so traffic will ebb and flow. Also, the lines will eventually subside. I was living in Dallas, Texas, in 2011 when the first In-N-Out Burger arrived in the state. The first day had lines over a mile long. A month later, when I finally got around to trying it, I was in and out (sorry, not sorry) in under 15 minutes. 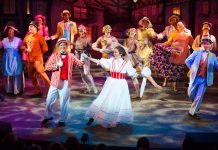