Vietvana, a modern Vietnamese restaurant serving pho and banh mi, is opening at 2831 East College Avenue in Avondale Estates on August 16. Everything from the pho noodles to the banh mi bread to the meatballs will be made in-house, creating the type of fresh dishes that owners Dinh Tran and Khanh Dang say they miss from their home in Vietnam.

“In America, the pho is semi dry. It has more starch and preservatives. When you put it into beef broth, it slowly dissolves and changes the flavor of the broth,” Tran says. “In Vietnam, the pho is rice flour and water. It does not interact with the broth and tastes cleaner.”

Both Tran and Dang grew up cooking with their families, and Vietvana’s menu is intended to share the flavors the husband-and-wife team crave from their childhoods. They opened Khanh Vietnamese Pho & Sandwich in Duluth two years ago and are launching Vietvana to enable “the community to experience Saigon,” Tran says. They also plan to open a location at Georgia Tech early next year.

Tran will serve as executive chef, with assistance from his mother, Tina Nguyen. The Vietvana menu features egg crab soup, crispy tamarind prawns, build-your-own pho, specialty pho like oxtail, vermicelli, rice dishes, and multiple varieties of banh mi. Khanh will lead the bar, with a menu of eight mixed drinks common in Vietnam—think margaritas with lychee and passionfruit and mojitos with basil. There will be eight beers, the majority of which are Asian. Expect sake, shochu, and wine by the glass. Nonalcoholic options include milk tea, smoothies, and fresh-squeezed orange juice.

With a name that combines “Vietnam” and “nirvana,” Vietvana is designed to feel like a kitchen in Vietnam, the owners say. The interior will be bright with natural wood tables, an open kitchen, and elements of orange, red, and black. Murals will depict basil and rice fields.

Check out the menu below. (Tap to enlarge.) 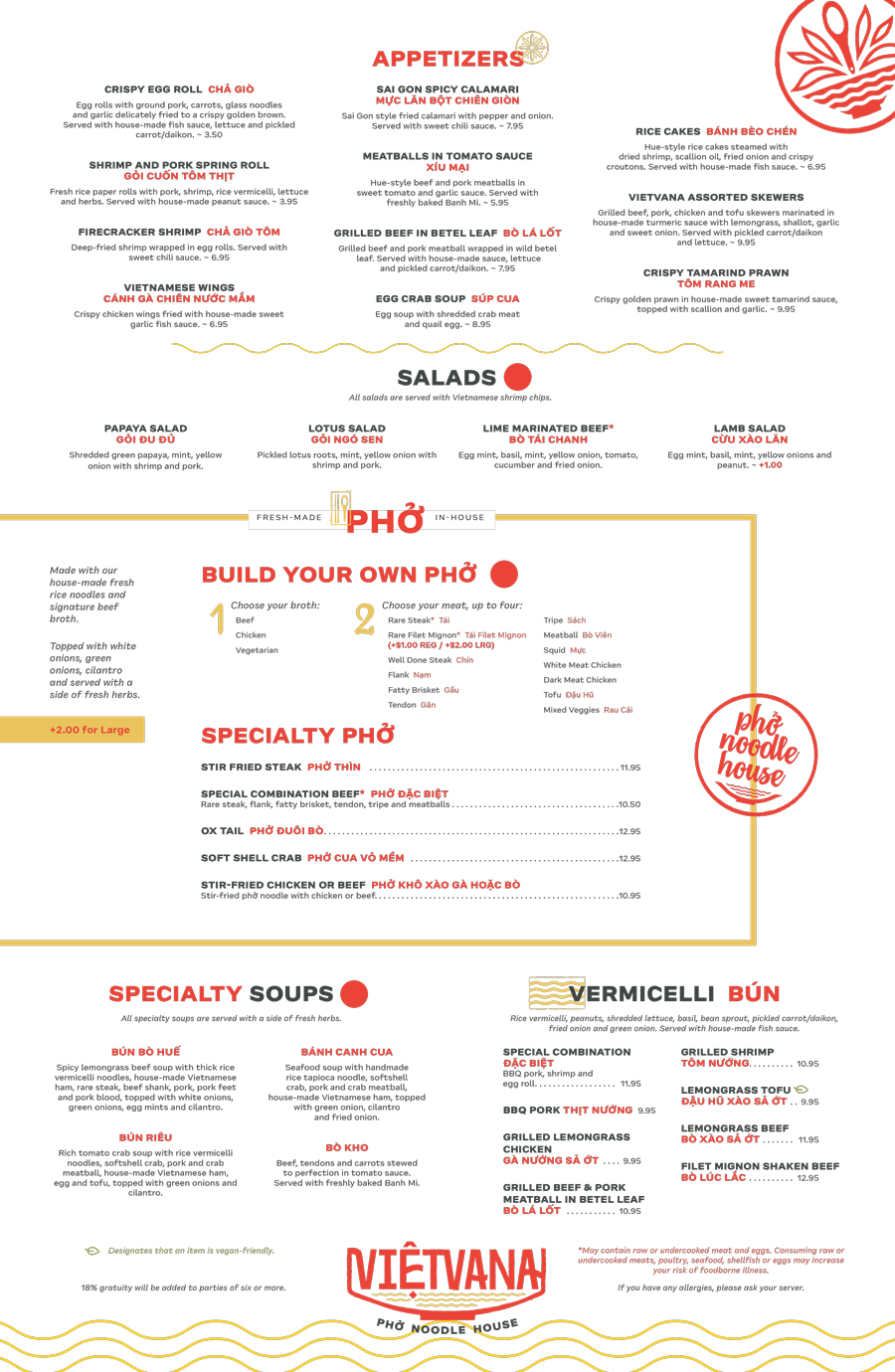