Home Uncategorized Want to impress at your next cookout? Throw these local franks on...

If it weren’t for the Spotted Trotter, Ian Nathanson might never have started selling the hot dogs that have become such sought-after late-night eats in East Atlanta Village. “That kind of small, thoughtful charcuterie reignited my passion for meat after getting turned off by the large-scale industrialization of food,” says the Long Island native, who opened the Midnight Marauder inside food court Global Grub Collective one year ago. Nathanson buys smoked beef dogs in bulk from the Kirkwood butcher, and he starts grilling at midnight every Friday and Saturday. You can buy the franks directly from Spotted Trotter’s Hosea L. Williams Drive storefront, or from two of Nathanson’s other favorite hot dog sources: Patak Meats, in Austell, and Pine Street Market in Avondale Estates. Stock up for a fun—and filling—Memorial Day weekend. 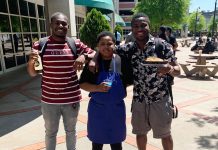 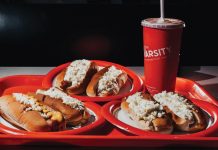 An ode to Southern slaw dogs 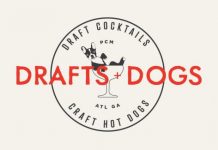