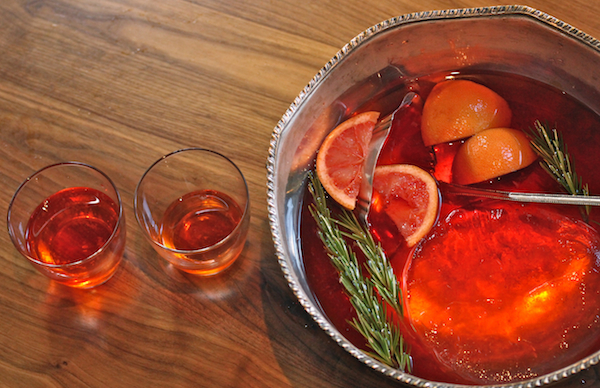 The new seafood concept from Fifth Group restaurants, Lure, opens tonight in the Midtown location that was formerly occupied by Vickery’s Bar and Grill. The focus is fresh and forward-looking seafood to the tune of grilled whole Georgia rainbow trout, North Carolina Mahi Mahi, seared Georges Bank sea scallops, and a substantial raw bar. A few curiousities, including fried oyster sliders or grilled octopus and pork lettuce wraps, round out the menu.

For a restuarant that’s yet to open, there’s already been some considerable buzz around Lure. Eater has a fairly lengthy interview with Chef David Bradley, an in-depth look at the interior design, and regular updates on the build-out progress dating back eight months.

It seems inevitable that Lure will bear comparisons to the Optimist and Oyster Bar, Ford Fry’s Westside, ship-sized monument to fresh and forward-thinking seafood. Clearly both restaurants were looking to fill the longstanding gap in Atlanta for midscale, ambitious seafood menus. Whether this timing means a full-on “Seafood War” or something less competitive remains to be seen.

I caught up with Vajra Stratigos, the beverage director for all of Fifth Group restaurants, last week and he described a beverage program that certainly aims to distinguish itself from a lot of Atlanta’s dining scene. Don’t expect to the big list of bourbon that seems to accompany most new restaurants lately. The emphasis here is on crisp and light wines that pair well with fish, vintage punch bowls, bottled cocktails, and, most unusually, a heavy emphasis on shochu. Out of all of Atlanta, only Miso, Guy Wong’s innovative izakaya in the Old Fourth Ward, has such a emphasis on the Japanese beverage.

If you’re curious, you can take a gander at the menus before grabbing a table this week. 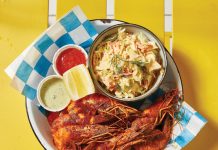