Nick Poulos, founder of Edgewood’s Greek sandwich shop Nick’s Food To Go, is retiring, but the restaurant, which opened in 1994, will go on with other family members at the helm. Nick’s wife Eleni (or Helen) Poulos, who’s been cooking since day one, will run the kitchen, while daughter Evie Poulos will take over managerial duties.

“He’s just taking a backseat for now,” Evie says about her father. “He’s 71. It’s time for him to relax. He likes being around the customers, but he’s not going to be there all the time.” For the time being, Nick is still assisting with select duties.

Evie and Eleni are taking this opportunity to add new dishes to the menu—items like falafel and specials like roasted potatoes and chicken. They’re also looking into expanding the restaurant’s patio. Changes will be happen slowly over time, they say.

The Pouloses opened Nick’s Food To Go after moving from Greece, where they grew kalamata olives and made olive oil. 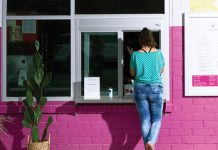 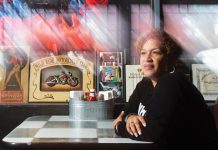 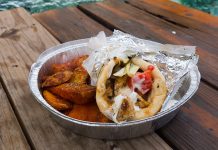 Eat This: Grilled chicken gyros from Nick’s Food to Go