You’ll never find a sweet Vidalia onion grown by an Atlanta-area farmer. Not technically, anyway. To be labeled a Vidalia, the onion—a hybrid known as yellow granex, developed to thrive in warmer climates—must be grown in a twenty-county area of southeast Georgia, which includes the city of Vidalia in Toombs County. During the 1930s, farmers desperate to find a successful crop discovered that South Georgia’s soil lacked sulfur, which gave onions a distinct mildness. Their popularity increased over the decades, and in 1986 the Georgia legislature trademarked the name.

But just like sparkling wines produced outside the Champagne region of France, which employs similar trademark laws, sweet onions grown outside the Vidalia region can have their own fine qualities. For example, Mike and Judy Cunningham of Newnan’s Country Gardens Farm grow several onion types, including yellow granex. Their soil may not have the exact properties as the South Georgia land, but they still produce a mild onion—organically. Sweet onions, harvested in the spring, don’t store as well as other varieties; use them quickly and keep their preparation simple, as a headliner in salads or soups or sauteed to accompany meats. 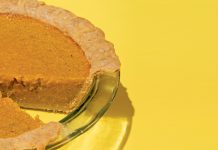