So many of my wine habits are dictated by the season: refreshing whites and Provencal rosé in the summer, warming reds in the winter, and a mix of all three during spring and fall. This past year I spent the better half of November and December drinking Spanish Tempranillo and room-temperature white Burgundy. Since the New Year, I’ve left the Old World for vines planted here in the states in one of my favorite regions: Oregon’s Pinot-loving Willamette Valley.

Those who drink Pinot from California and Burgundy should look at Oregon as a type of middle ground, a compromise between the Old World and New World that shows equal parts finesse and subtlety. They’re neither the high-alcohol, big fruit style of California, nor the sharp, earthy style of Burgundy. To see the difference for yourself, check out these top-notch producers at your local wine shop.

I have to credit Juan Cortes at Restaurant Eugene for the tip on this one. Apparently a local distributor found a bunch of 2008 Amalie Robert Pinot Noir ($32) in its warehouse and just recently sold it to several wine shops (H&F Bottle Shop, included). 2008 was one of Oregon’s finest years, and this bottle is undeniable proof of that. Imagine a light cherry cobbler (if there is such a thing) with a warm, seductive, and generous finish. I had never heard of this producer prior to the last week, so I’ll be watching for future releases.

Am I late to the game on this one? Probably. Division has been appearing in wine shops across the city, and I’m not surprised. The 2013 Division Chardonnay ($32) was an engaging bottle with flirty notes of toasted oak and butter. Division also produces a stellar line of Pinot Noir. The single-vineyard 2012 Division “Deux” Vielles Vignes ($39) had a racy acidity with hearty notes of cherry. Georgia’s allocation was limited so the Deux is most likely long gone from shelves, but you can still find the 2013 Division Pinot Noir “Un” ($32).

Eyrie is my original Oregon love. The single-vineyard 2009 Pinot Noir Reserve, Dundee Hills ($63) is a few notches above in price point, but with proper decanting, a bouquet of cherry blossoms will leap out of the glass. The basic Pinot goes for a friendlier $35. Those looking for more esoteric bottles should know that H&F Bottle Shop carries a few back vintages (1985, 1988) from Eyrie’s South Block.

You can’t talk about Willamette Valley and not mention Domaine Serene, the region’s most esteemed vineyard. If you’re looking for one of the region’s banner wines, seek out the 2008 Grace Vineyard Pinot Noir ($161), an opulent and plump wine with a forever-long finish. Not to place too much value on ratings, but the ’08 Grace also holds the highest score ever awarded to an Oregon wine from Wine Spectator (97). You’re much more likely to find the vineyard’s second label, Evenstad, which hints of the beautiful French funk and bracing cherry notes you’ll find in Grace. 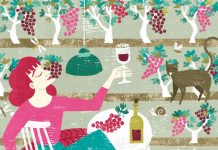 The trick to finding your favorite wine: Know your importer 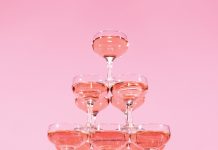 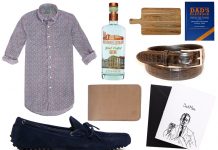