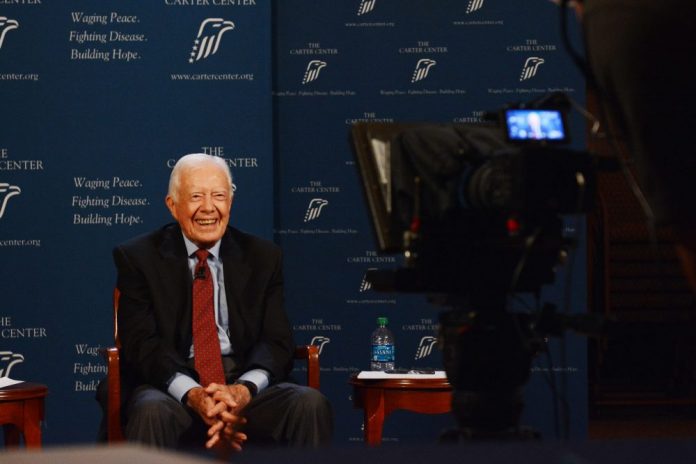 Wyatt Williams for the Bitter Southerner on William Bell

Stax legend William Bell has had a long and winding music career that—even with a hit song, “You Don’t Miss Your Water”—never led to stardom. Williams profiles the soul stirrer as he releases his latest, and perhaps greatest record:

Bell left college to tour behind “You Don’t Miss Your Water.” The song was one of the first national hits for Stax. Bell was poised to be the label’s leading man. He lined up a one-week stand at the Apollo followed by a six-month itinerary of gigs. Success looked imminent.

But Bell hadn’t even finished his first week at the Apollo when his mother called. She had a letter from the government, a draft notice for Vietnam. Between gigs, Bell drove over to the enlistment office with the intention of discussing a deferment, of showing off his list of engagements, of trying to work something out. When he arrived and asked to discuss a deferment, the sergeant asked him to raise his right hand. “I didn’t know anything about the military, so my right hand goes up and I repeated after him,” Bell said. When he asked again to discuss the deferment, the sergeant just replied, “No, you’re in the Army now.” Bell’s uncle had to be called to pick up the car. The next morning, Bell woke up in Fort Polk, Louisiana.

When Bell told this story in the backseat of the sedan, he laughed. He delivered that line about being in the army now as if it were the punchline to a joke. He paused, quiet for a moment. “I’m laughing now. It was not funny then. It was like being put on the chain gang. The Army was like being put in prison.”

In a four-part series, Eloy highlights the rise of heroin in Georgia, the treatment services available, the systemic problems in curbing opioid use, and the families affected by addiction:

Thanksgiving Day, Nov. 28, 2013. That’s the day David Laws got the call every parent dreads. “And I just knew something was wrong,” Laws said. The night before, Laws had spoken with his daughter Laura, who was staying at a friend’s house. The call came from Laura’s mom, Laws’ ex-wife.

“Her mom was screaming over the phone. And I just hung up on her,” Laws said. “Then I picked it up, and she said, you know, Laura’s dead.”

Laura had overdosed on a combination of morphine, cocaine and alcohol. She was 17 years old. Laura was one of 81 people who died of an overdose in DeKalb County in 2013, according to county records. Statewide, the Atlanta-based Centers for Disease Control and Prevention said 1,098 Georgians fatally overdosed that year. The following year, that number jumped to 1,206, about a 10 percent increase. According to the Georgia Department of Public Health, more Georgians now die from a drug overdose than in car crashes. But tracking these deaths in Georgia comes with challenges and needs to be improved, said Dr. Gaylord Lopez, director of the Georgia Poison Center.

Three decades ago, the AIDS epidemic was regularly covered by journalists, but ignored by Hollywood. Bonner looks back at how the entertainment industry slowly came around to recognizing the disease and its impact:

In the early 1980s, the AIDS crisis was being covered nightly on the news — but that was likely the only time you’d hear about it on your television. The entertainment industry struggled to produce story lines or songs around an epidemic that was shaping the national conversation of that decade. The disease first surfaced in the early 1980s: In June 1981, the Centers for Disease Control and Prevention reported cases of a rare lung infection found in five previously healthy gay men living in Los Angeles. It would become the first official report of the disease we now know as AIDS.

But fear about the deadly disease quickly took hold, and since it was tied mainly to homosexual men—many of whom were not openly gay—public outpourings of sympathy were the last thing you saw. As Elton John would later write in a CNN opinion article: “Around the country, family members shunned infected relatives, doctors were afraid to touch AIDS patients, let alone treat them, and hospital wards filled up with young men covered in lesions, dying excruciating deaths.”

Hard to get your 21st-century mind around that, right? So perhaps it isn’t surprising, then, that it wasn’t until the mid to late ’80s that a few flutterings of references to the AIDS crisis began to pop up in popular music, TV programs and movies.

Read: Hollywood’s struggle to deal with AIDS in the ’80s

Molly Samuel for WABE-FM (90.1) on the uncertain future of the old Chattahoochee Brick Co. site

After the Civil War, convicts were forced into labor at the old Chattahoochee Brick Co. in a grueling environment that’s been described as “essentially a death camp.” Today, Samuels explains, the impending sale of the now-empty lot has sparked a debate about the site’s history and future:

A fight is looming over whether to develop a mostly empty lot on the west side of Atlanta or turn it into a memorial to a grim chapter in the city’s past. It’s the site of the old Chattahoochee Brick Co., located in a sort-of horseshoe formed by a rail line, the Perimeter and the Chattahoochee River.

The place seems innocent enough now. Near the entrance, there’s a sunny, exposed cement lot, overgrown with weeds. Piles of bricks are scattered around, left over from a modern brick company. In the woods behind that lot are remnants of an earlier factory, the Chattahoochee Brick Co., which operated in Atlanta at the turn of the 20th century.

Progressive Baptists could help put an end to racism in America—at least that’s what former President Carter hopes. But he’s up against a number of challenges, Green writes, including the declining influence of Christian houses of worship:

Jimmy Carter, 91, has a wish for his fellow Baptists: end racism. “Our country is waking up now to the fact that we still have a long way to go in winning a battle that we thought was over in the 1970s or ’60s,” he said in an interview. The longtime Sunday school teacher and former United States president wants to start this change within his own faith: He’s pushing churches to organize around social-justice issues, including racial discrimination.

But the future of progressive Christianity in the U.S. is fragile. Congregations are shrinking; young people who organize politically largely do so outside of the church. Carter is hoping for a new generation of institutional Christian leadership precisely at a time when Christian institutions are becoming weaker.

Nine years ago, Carter brought together Baptist leaders to form a coalition called the New Baptist Covenant. Roughly 15,000 people gathered in Atlanta in 2008 to kick off a new era of unity in the fractured denomination, which has split a number of times, including over the issue of slavery. Since then, the group has worked in fits and starts—it held some regional meetings and other conventions, along with efforts to convene online that “didn’t work very well at all,” said Bill Leonard, a preacher and Wake Forest professor who is involved in the organization. Now, the group is trying to reboot, with a public-relations push for media attention ahead of another meeting in Atlanta this fall.